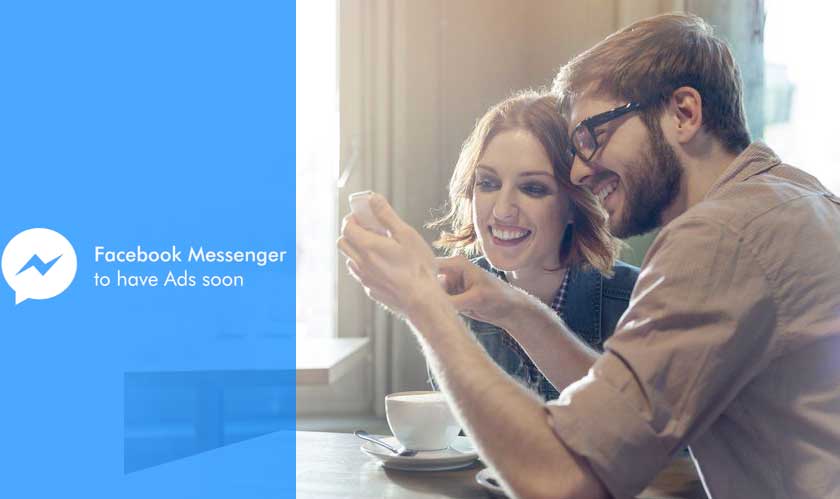 The messenger apps are perhaps the most widely used mobile applications. Now, one can expect advertisements on Facebook’s standalone messaging app, rolling out globally.  After the initial tests in Australia and Thailand, Facebook Messenger is now going to expand its display advertisement beta test which allows businesses to buy space between a user’s chat thread.

And soon, users can expect to see ads in the Messenger app’s home tab in a month. Facebook will be launching advertisers worldwide to buy ads, where some users will start to see them in the coming weeks. This will be making the Messenger app another platform for placing ads along with the main Facebook app, Instagram along with Audience Network of other apps and sites. Advertisers will be enabled to buy through Ad Manager or Power Editor.

“Expect Facebook to roll out these slowly, as they normally do, but integrate payments and M, which is what makes the Messenger platform special. This is where Facebook and Amazon compete to enable frictionless commerce, so hold onto your horses for a wild ride!” said Facebook ads expert and CTO of BlitzMetrics Dennis Yu.

Currently, the ads that will be popping up on Messenger will look similar to the ones on News Feed with direct response. It works on the principle of targeting. This means that people’s private messages will not be used to target them with advertising.

“Originally, people were not very big believers in ads in News Feed, because that felt very private too. We’re worried about that, but we’re also testing things even where we are worried about them”, said Messenger’s head of product, Stan Chudnovsky.

Facebook is ultimately trying to get users interact with businesses. And if that happens, the user is more likely to take another conversation inside the Messenger app. But there is still a larger question of how the users are going to respond to these. If they are going to roll out with these changes or cringe at them.