Google turns Raspberry Pi into your very own virtual assistant 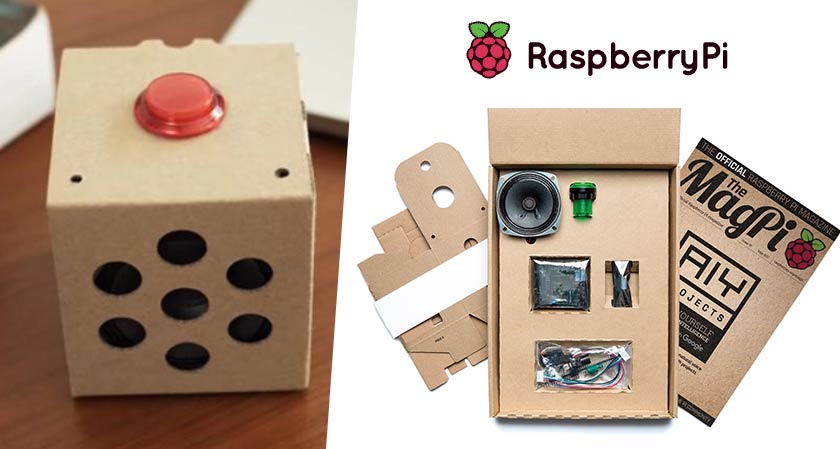 Have you ever wondered what it would be if you could talk with your tiny homemade computer, Raspberry Pi? If you could have a real conversation, wouldn’t that be great?

Google’s newly launched kit will hopefully bring in this appreciable technology into Raspberry Pi.  Right now the kit is available only with the Raspberry Pi Foundation’s magazine. The equipment is the best combination of Voice HAT (Hardware Accessory on Top) board with a speaker and a microphone which turns the Raspberry Pi into your very own virtual assistant.  The equipment will enable Raspberry Pi to act as a voice powered digital support, provided that it will make use of the Google Assistant of software development tools and the Application Programming Interface.

Google always has its own way of doing things, no wonder it has landed as one among the bests. This is part of Google’s first initiative for the hobbyists, named as the ‘Artificial Intelligence Yourself’ (AIY) which is already titled as a success project. With hardware and software perfectly intertwined, this has already added 13 new distributors for the tiny home computer.  The advantage with the DIY kit is that it is fully customizable so that you can build on whatever functionality you can feasibly dream up.

This can be considered as the perfect time for the launch of a kit like this as the new Raspberry Pi Zero W has already impressed us with its new design and approach. Anyhow, for all those who want to make a new friend with Raspberry Pi, the only possible way is to go, get the latest edition of the magazine.