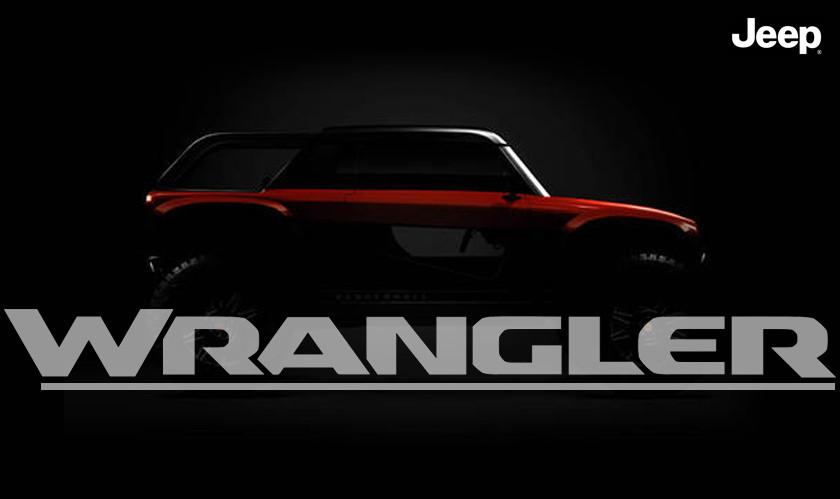 Jeep has just released a teaser photo of its fully electric Jeep Wrangler concept. The concept car has been named Magneto and will be revealed during the brand's Easter Jeep Safari, which willbe organized in Moab, Utah. Theactual production Wrangler EV is, however, scheduled for later this year or in early 2022.

Jeep has also confirmed that the concept version of this battery-powered SUV will arrive this spring.Earlier in a Super Bowl ad, the company had named a "100% battery-powered Wrangler BEV" as an upcoming concept car that would debut with other Easter Safari metal. Jeep has several other concept cars in the pipeline, and the Wrangler Magneto is just the latest.

A diagram showing the Wrangler EV's underpinnings shows a single electric motor with a transfer case, rather than a dual-motor setup like many other all-wheel-drive EVs use. It could house three oreven four battery modules. It will still have a body-on-frame design like the standard Wrangler and the plug-in-hybrid Wrangler 4xe.

Alongside the Magneto, Jeep also showed off another sketch that may be for a Wrangler or Gladiator. The sketch only shows the front fascia with some off-road bits attached. The second concept doesn't have a name yet, but the orange Wrangler concept features beadlock wheels, a bigger bumper with a winch, and large fender flares. The event will take place in Moab, Utah, from March 27 to April 4.