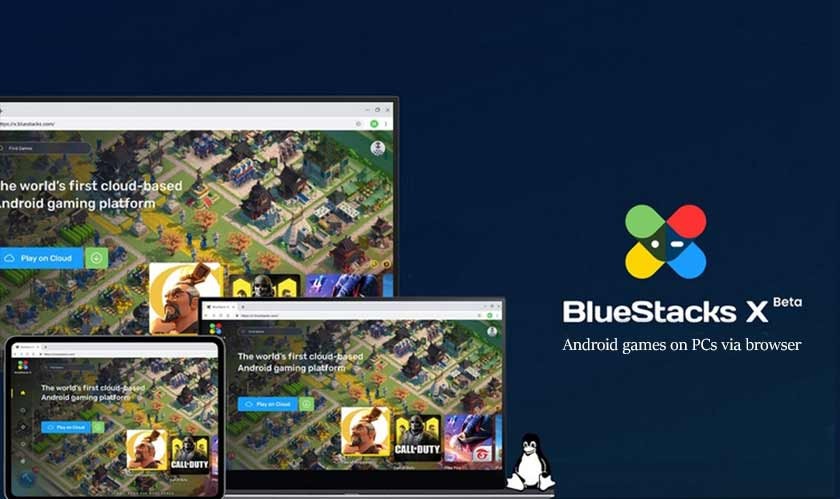 Bluestacks X runs entirely in a web browser, making it usable on PCs, Linux machines, and even iPhones and iPads.

When it comes to using Android Apps on Windows, Bluestacks is one of the most popular emulators. However, the previous software needed to be installed separately and used a lot of computer resources. But now, the company has released a new product called the Bluestacks X, which is a cloud-based avatar of the old Bluestacks app. This means it can be instantly used on PCs via any web browser. The service runs entirely in a web browser, making it usable on PCs, Linux machines, and even iPhones and iPads.

BlueStacks X relies on cloud servers from now.gg, a company focused on cloud gaming. However, there are very few games currently compatible with this cloud solution. Currently, it supports only 12 games which include, Lords Mobile: Kingdom Wars, Traffic Puzzle – Match 3 Game, and RAID: Shadow Legends. Most of the major popular games like PUBG, Call of Duty Mobile, Asphalt 9 are missing. But Bluestacks has committed that it will be bringing new games every week.

The company has also created a Discord bot called Cloudy to let users launch cloud-based games and share gameplay with other server members. If you are interested, you can register with Bluestacks and start testing cloud gaming right now. However, if you want to use native Android apps on Windows, the much-awaited Amazon Appstore is coming soon for Windows 11 preview builds.