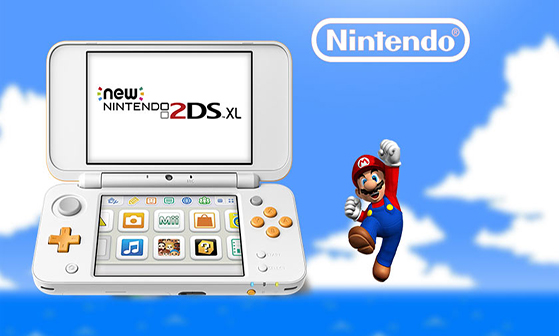 Nintendo, the Japanese multinational video game company, has added a new gaming console to its array of portable hardware. The handheld video game system, namely 2DS XL, was released on Thursday which is a revised version of the entry-level 2DS model. The 2DS XL will be available for sale on July 28 for $149.99 in the US, slightly cheaper than the 3DS XL. The company also plans to launch two new games (Hey Pikmin! and Miitopia) on the same day.

The New 2DS XL features a clamshell design and the same screen size of New Nintendo’s 3DS XL, but without the 3D functionality. According to Nintendo, the system is lighter and has the same processing power as the New Nintendo 3DS XL. There’s a C-stick, Amiibo-compatible NFC reader, Z-buttons and will run all the Nintendo 3DS and DS games. It will come with an Ac adapter, a stylus, 6 AR cards and a 4GB microSDHC card for extra storage. “This new addition to Nintendo’s portable hardware line demonstrates our commitment to the hand-held market,” said Reggie Fils-Aime, the president and chief operating officer of Nintendo of America. “New Nintendo 2DS XL sports a beautiful clamshell design and offers a great balance between price and performance.”

The device will also be available in Japan and will be known as the New 2DS LL. It will be launched on July 13 in a white/orange color scheme. Nintendo also plans to launch the New 2DS XL in Europe, but the release date and price is not specified.