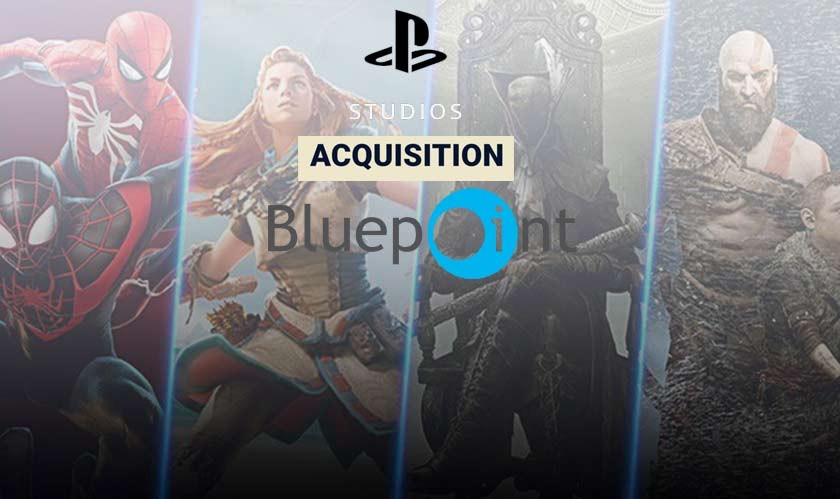 Sony's PlayStation Studios officially acquires Bluepoint games in its 4th acquisition of 2021. Bluepoint Games have made some of the best games for the PlayStation 5, all of which have been re-masters or remakes of old PlayStation exclusives.

The acclaimed studio, Bluepoint games were the ones responsible for the masterful Demon's Souls and Shadow of the Colossus remakes, as well as fantastic re-masters of the first three Uncharted games, the cult-classic game Gravity Rush, and both the Metal Gear Solid HD Collection and Shadow of the Colossus Collection for the PlayStation 4 and PlayStation 4 Pro. Bluepoint games were responsible for the excellent 2013 port of Flower to the PS4 as well.

Though PlayStation and Bluepoint have been collaborating for years, yet Bluepoint has remained independent until now. Sony PlayStation Studios' acquisition of Bluepoint games isn't surprising; Sony accidentally spilled the beans in June when it uploaded an image showing a Bluepoint acquisition but had bought Returnal developer Housemarque Studios.

Bluepoint Games President, Marco Thrush, said that the studio's next project would not be a re-master but an original game. He also said that making the transition from re-masters like Gravity Rush and Uncharted games to full remakes like Demon's Souls for the PlayStation 5 was a test to see if the team at Bluepoint games could handle an original title.