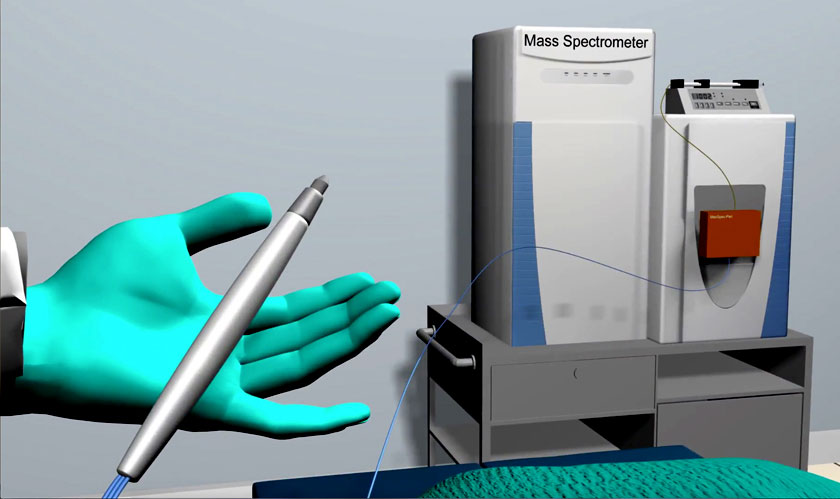 That’s right! Here comes a new discovery where scientists have developed a new pen that could help surgeons identify if there are any cancer cells in 10 seconds. The pen is called MasSpec Pen and could one day help surgeons quickly determine what tissue should be removed completely to rid off the tumors.

Although the device isn’t perfect, it works to determine and distinguish between cancerous and healthy tissue with about 96 percent accuracy. The team behind the MasSpec Pen hopes it will be tested in surgeries next year.

The scientists explained that each type of cancer has its own molecular structure that acts as a fingerprint. When the MasSpec Pen is placed into the suspected tissue, a drop of water is released which absorbs molecules. The pen then drives the now tainted water into a much larger machine known as a Mass Spectrometer which analyses the molecules and offers an assessment of whether cancer exists or not. When the MasSpec Pen completes the analysis, the words Normal or Cancer automatically appear on a computer screen.

Generally, when a patient undergoes surgery to get rid of a cancerous tumor, the surgeon tries to remove all the cancerous tissue, while preserving the healthy ones. But in the case of breast cancer, the task is delicate, as the surgeon tries to remove the tumor while preserving the rest of the breast. But with the MasSpec Pen, better accuracy and speedy results can be surely expected.