Consumer 3D printers can be perilous, be careful! 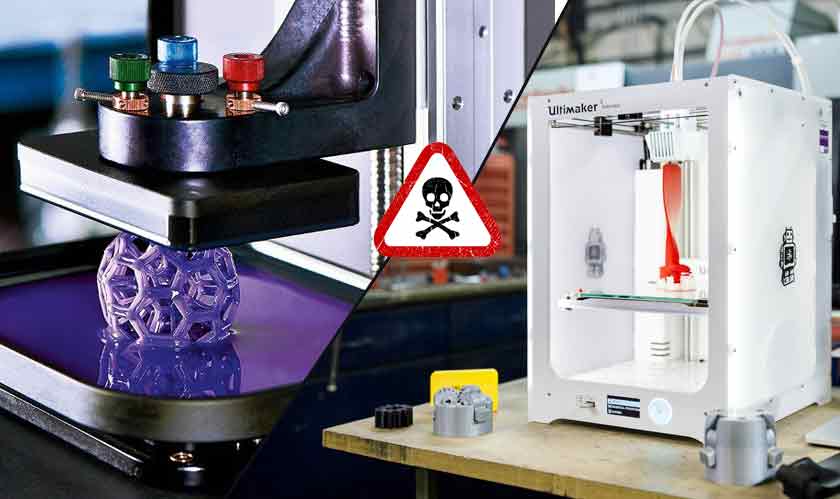 Consumer-grade 3D printers releases particles that can harm the indoor air quality and can possibly harm the respiratory health. Currently, particles that are released from 3D printers are collected by the researchers from UL Chemical Safety research group and Georgia Institute of Technology.

Rodney Weber, Professor in Georgia Tech's School of Earth and Atmospheric Sciences, who conducted the research said, "All of these tests, which were done at high doses, showed that there is a toxic response to the particles from various types of filaments used by these 3D printers."

It is anticipated that 3D market will grow from $9.9 billion last year to $34.8 billion by 2024. Plastic filaments need to be melted for the 3D printers to work after which the melt layer will be deposited to form an object.

It was found in a research that if the temperature is hot enough to melt the filament, increased emissions will be produced. Acrylonitrile butadiene styrene (ABS) plastic filaments require high temperature to melt which produces more emissions in comparison to the filaments that are formed of polylactic acid (PLA), which has the potential to melt at a low temperature.