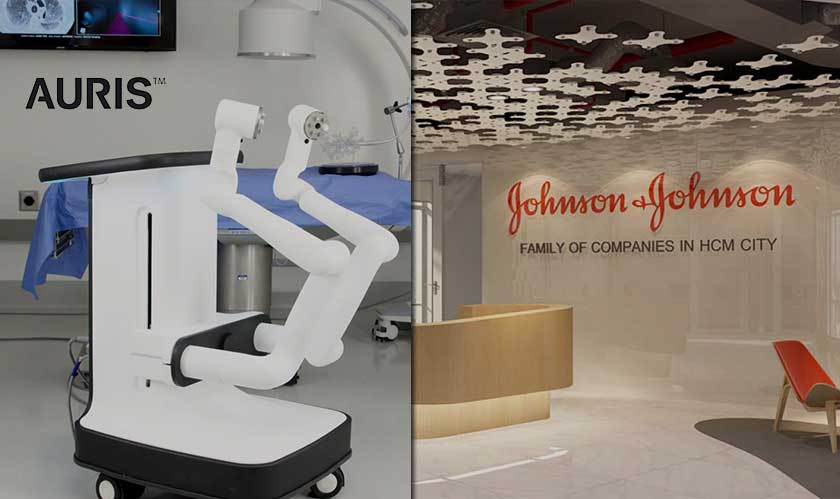 Robotic surgery is bound to become a central part of surgical operations in the coming times. Johnson & Johnson thinks so too. The American Multinational has acquired Auris health for $3.4 billion.

Founded by Fred Moll in 2007, Auris Health is a pioneer in surgical robotics. The Silicon Valley-based company is transforming medical intervention with its flexible robotics platform. With this acquisition, Johnson & Johnson, a leading force in healthcare products, has found an entry into the robotics and the future of surgery.

Although the giant has taken some hits in the recent times, especially on its medical device business with its sales falling in the fourth quarter of last year, the company intends to make up the losses through a series of investments and acquisitions this year. In a press statement, J & J VP Ashley McEvoy said: “In this new era of health care, we're aiming to simplify surgery, drive efficiency, reduce complications and improve outcomes for patients, ultimately making surgery safer.”

Auris Health will now be part of Johnson & Johnson’s medical devices business. The Auris Health boss Fred Moll is bound to join J & J after the acquisition deal closes, which is expected to be done by the end of second quarter.