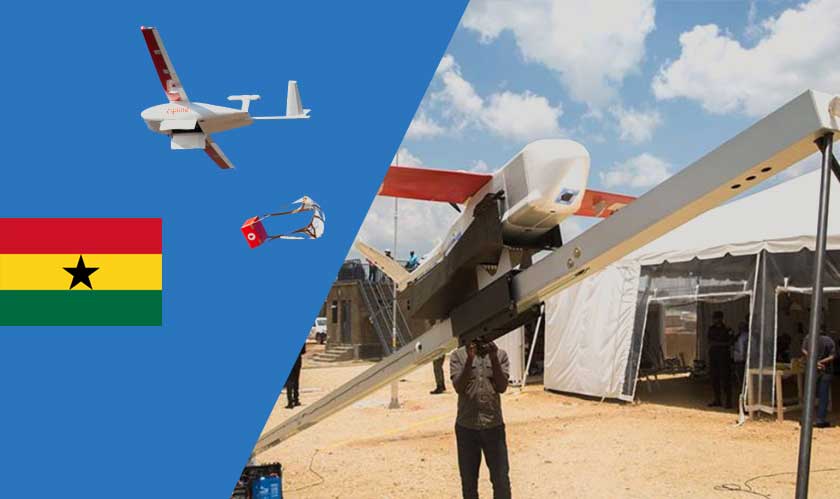 After having made its landfall in Rwanda in 2016, the world’s leading healthcare-tech drone delivery company –Zipline – is starting its operations in Ghana. The middle-income West African country will gain from the company’s drone network.

Zipline’s work and cause have garnered a lot of attention which has helped the company collect as much as $41 million from its investors including Google Ventures, Microsoft co-founder Paul Allen, Sequoia Capital, and others. The company’s drone network was launched in Rwanda in 2016 and has helped reduce maternal mortality rates in the country through its deliveries.

Zipline was founded in 2014 and is based in San Francisco. The company designs and manufactures its own drones, launching systems and software. The company has pioneered drone delivery that is versatile in all weather conditions.

The company is now working with the Ghanaian government to establish a strong presence in the country. The network will use 30 drones which will distribute orders from four distribution centers and deliver to over 2,000 health facilities in Ghana. Zipline CEO Keller Rinaudo told TechCrunch: “We’ll do 600 flights a day…and serve 12 million people. This is going to be the largest drone delivery network on the planet.”