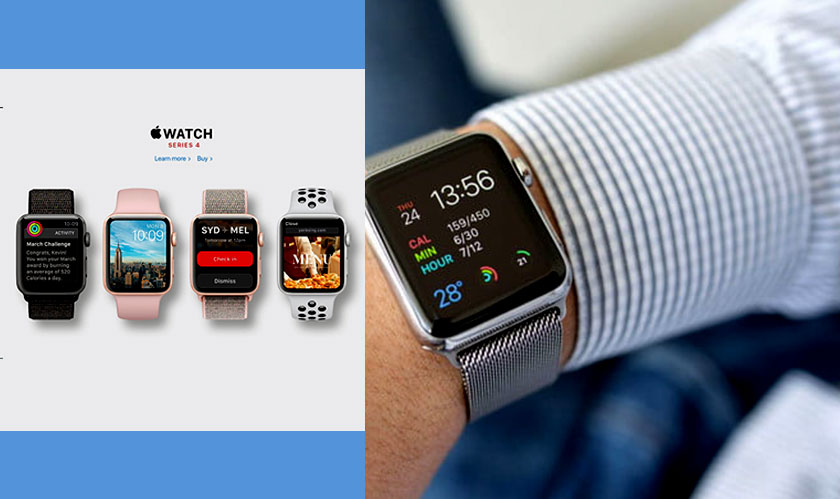 The Apple smartwatch was the most gripping announcement made in the Apple iPhone event last week. Apple Watch outshines iPhones these days and there are a plenty of reasons to support this statement. The most obvious reason is that the iPhone has become boring with its nearly faint and high-priced upgrades.

Apple Watch, however, is the most sought-after IoT gadget and the orders received for Series 4 surpassed the supplies made available for the launch day delivery. Apple Watch reminds us of the early days of the iPhone and how it evolved adding something new and exciting every year.

When Series 2 added water resistance feature, cellular connectivity was established in Series 3 models. And now, series 4 has added a built-in EKG scanner and an all-new display. Series 4 has an attractive display with rounded corners and hairline-thin bezels. It comes in 40-millimeter and 42-millimeter flavors, though the body is a bit thinner.

The wildest updates, however, are its new health-monitoring features. The digital crown of the Apple Watch Series 4 is redesigned to take an EKG of the user when it is long pressed for about 30 seconds. Apple included sensors made of black ceramic and sapphire crystal, to boost cellular signals. Also, the S4 software chip inside this year’s model is twice as fast as Series 3, the company claims.

That being said, the new design is a bit dearly priced compared to the last batch released by Apple. The LTE Apple Watch Series 4 starts at $499, and the GPS-only version will cost $399.