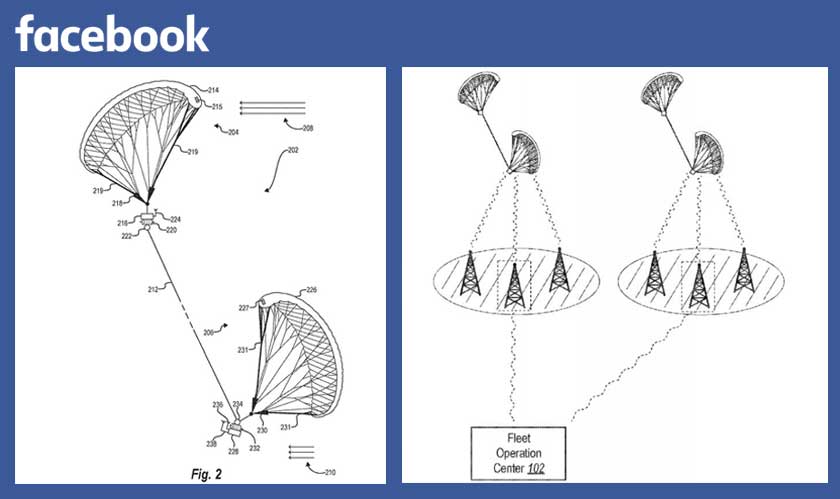 Here comes a drone shaped like nothing we’ve seen so far. Facebook has filed a new patent for a kite-shaped drone which is actually two kites joined together, but fly at different levels. And although the drones are tethered, they can be channeled individually. What’s more interesting is that the drones can produce their own energy to extend the flying time.

There is still no clarification if Facebook is building the drones or if it’s simply indulging in its interest for building an IoT unmanned aerial vehicle as an experiment. Further, the patent for the kite-shaped drone was filed last year in November.

The patent says that the new kite design is an advancement from the usual plane/helicopter drones as there are drastic size and weight reductions along with the cost of production. With the reduced weight, the patent says that the drone can fly for longer periods of time. Although there’s a reduction in the size, the overall system might still be large as Facebook says there’s a kilometer-long tether.

Facebook says that these drones have solar panels that could produce power. The tether movement too could generate power, which can be operated from the ground below. Facebook generally works on drones to boost internet connectivity and networking so that people can connect to Facebook. Let’s wait and see what the kites are all about.