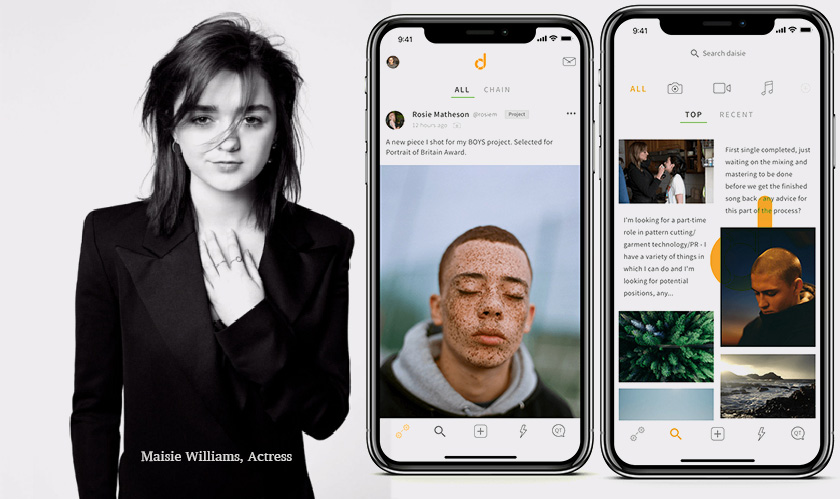 Best known for her role as Arya Stark on the blockbuster Game of Thrones series, actress Maisie Williams is all set to launch a talent discovery app called Daisie. It’s the actress’ first venture into tech entrepreneurship, with the launch of a new company aimed at connecting creative minds.

The app will be available later this summer as a mobile app. Daisie is going to be a platform where creators can network, like, share and collaborate on projects within a social networking setting. The main idea and goal behind Daisie is to help newcomers gain ground and exposure. At the same time, Daisie will also help to connect with people in the industry who can provide guidance as they continue their careers.

Apart from her role as Arya Stark, Maisie Williams advocates for women’s rights. She believes that Daisie could help the women in the creative community by giving them the ability to promote their own work and create their own identity. Daisie is part of the huge tidal wave that is swarming the industry.

“I couldn’t be happier about the change we are currently seeing in creative industries and the movement towards women becoming truly valued,” said Maisie Williams, in a statement about the app’s development.