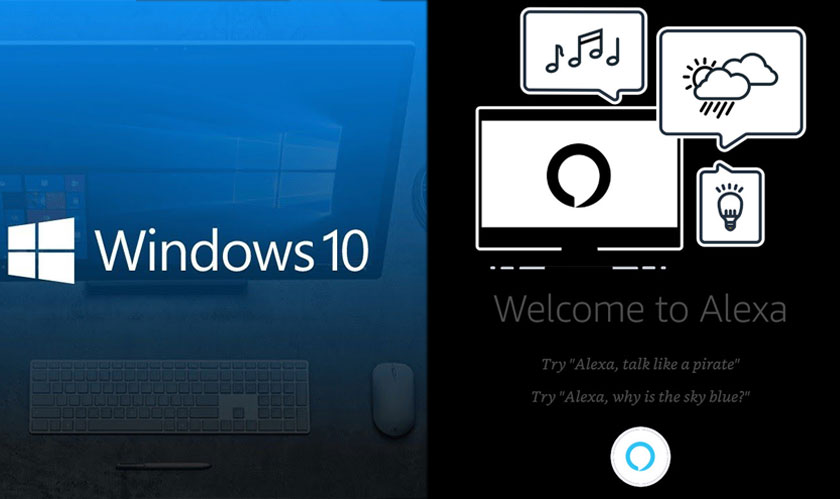 Amazon’s AI-based Alexa is getting ready to integrate with windows 10. In this next updated version of Windows 10, Microsoft will allow voice assistants like Amazon’s Alexa to activate on the Windows 10 lock screen.

Microsoft is starting to test these digital assistant changes in a new Windows 10 build (18362.10005) version. This version is expected to release by this September. Previously, Amazon and Microsoft had partnered up to integrate Alexa and Cortana.

The integration of Alexa is to bring some key changes to Cortana in Windows 10. With the integration, Windows 10 PC will essentially become an Alexa smart speaker by putting Alexa on the lock screen. Alexa can be invoked by saying “Hey Cortana, open Alexa,” and you can talk to Alexa even if your PC is locked.

Microsoft is planning to make some of these new digital assistant changes in the codename known as 19H2 update. This updated version comes up with new features and also some key changes. It is also expected that unlike previous updates the 19H2 update will be a lot smaller in size.

Though these changes are considered to be relatively minor, the integration between Microsoft and Amazon shows that Microsoft is willing to open up the scenario of how it handles voice digital assistants like Alexa on Windows 10 build (18362.10005).