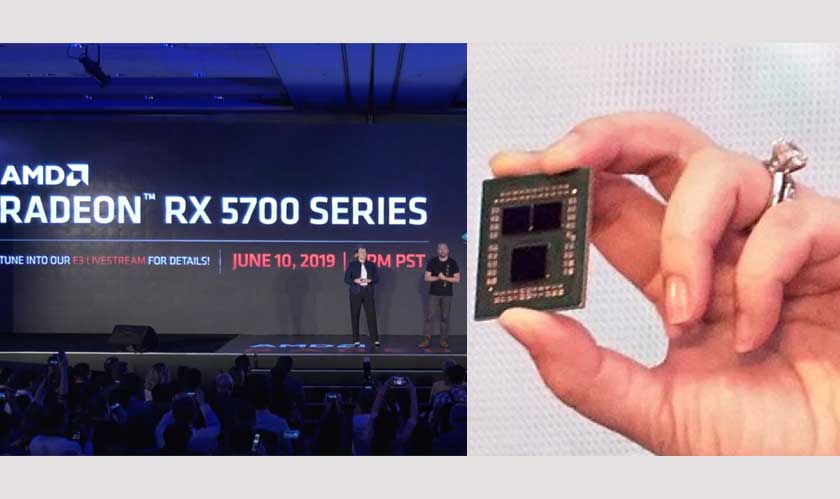 We’ve known for a while that Nvidia and AMD have been competing in the graphics card space. But Nvidia was always more powerful and superior. But now, the tables might be turning. AMD’s Navi- next-gen graphics card will be coming to PCs soon. After Sony decided to go with AMD for its PS5, AMD has been working on boosting Navi’s performance and is now releasing a new desktop GPU called the AMD Radeon RX 5700 series.

Announced at the Computex event, AMD has promised to give us complete details at another event in June. So far, it’s been confirmed that AMD plans to call the Navi architecture as RDNA with an increased performance of 1.5 times per watt. When compared with the previous Graphics Core Next (GCN) architecture, the RDNA can boost up to 1.25x performance per clock.

AMD also showcased better performance in comparison with Nvidia. The company presented one of the RX 5700 series GPUs that was able to beat an Nvidia RX 2070 by 10 percent. It was compared in a game- Stranger Brigade. But this doesn’t really give a clear picture of the IT service because details of which RX 5700 GPU used wasn’t given. We’ll be furnished with more details in the June event and we’ll update you then.