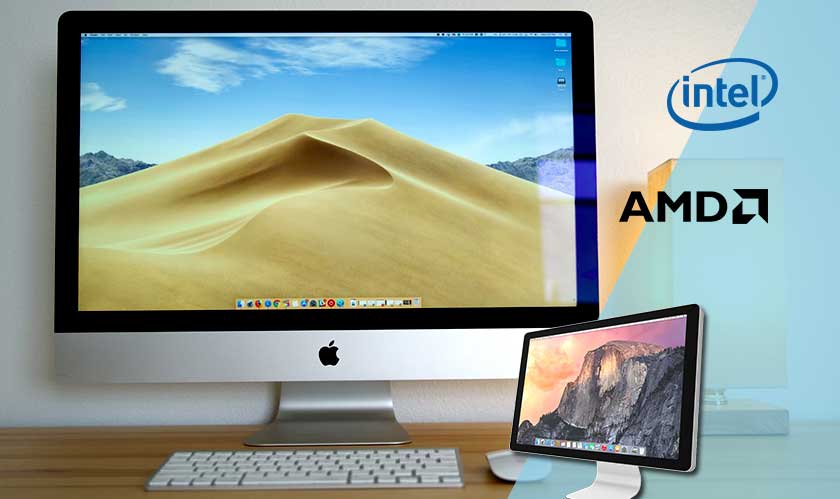 Your regular iMac desktops will soon get a refreshing update with new processors and graphic chips for the 21.5-inch and 27-inch models. You might feel that these updates are long overdue! The last iMac update that Apple released was two years ago with Intel’s 7th generation chips.

This update for the 21.5-inch iMac now features the 8th gen quad-core i3 or six-core i5 processor. For the GPU, it’s either a Radeon Pro 555X GPU or a Radeon Pro 560X by default. If you’re looking for something more powerful, you can configure a custom model. This comes with AMD’s Radeon Pro Vega 20 GPU, 32GB of RAM, 4GB of memory, and up to a six-core i7 processor.

For the 27-inch iMac, the device comes with Intel’s six-core i5 processor with either- 8th Gen for lower configuration or 9th Gen for higher configuration. For the pre-built models, the graphics include 580X GPUs or Radeon Pro 570X, 575X. For custom-made needs, you can opt the AMD’s Radeon Pro Vega 48 GPU (with 8GB of memory).

Considering how Intel has already released a full slate of 9th Gen chips, it’s disappointing that Apple is still sticking its IT service to the 8th Gen processors. Apple has included the latest Gen only for the 27-inch models or else you’ll need to custom-make your iMac. We’ve all been waiting for an iMac spec boost, but it feels like the expectations aren’t met yet!