Canon and Nikon to add Fingerprint Sensors to Cameras 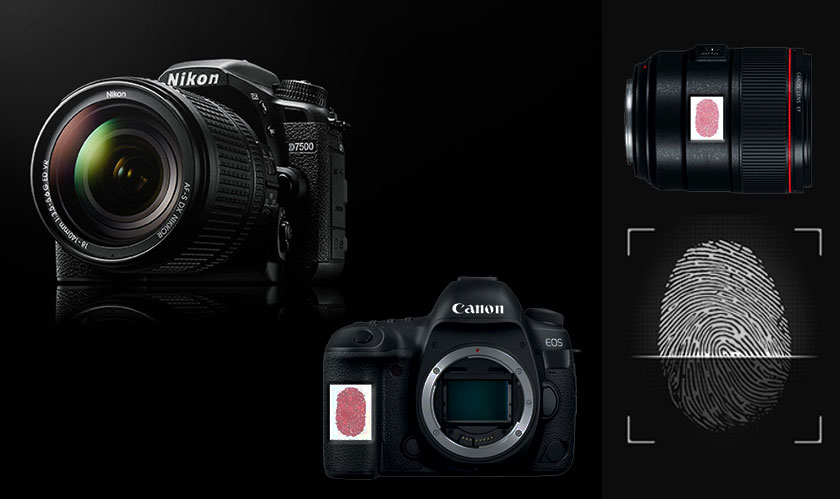 Canon is reportedly working on adding a fingerprint ID system that identifies the real owner. The fingerprint reader would allow the camera owner/s authenticate themselves to using it, and no one else. The ID is built into both camera and the lens as per the illustrations described in the patent application. The feature comes handy to multiple photographers using the same camera.

The fingerprint ID can load configuration specific to each photographer by recognizing them through their finger impressions on the sensor. However, with Canon’s patent application still pending, this useful feature for professional photographers is still an unapproved dream.

Nikon, on the other hand, is embedding sensors that detect biological information and mood of a photographer while shooting a photo. The patent describes sensors that are built into the sides of the lenses and front and back of DSLRs that can read your fingers on both hands while using the camera.

The biometric sensors can also detect heart rate, blood flow, blood pressure, body temperature and even the pressure applied to the sensors. Nikon claims that the biometric sensors “could add a layer of depth of photography”, because the viewers will not just be able to view the beautiful photograph, but it will also reveal the photographer’s state of mind during the time of the shoot. The camera uses algorithms that can sense and label the photographer’s emotions that includes “normal”, “love”, “joy”, “shame”, “confused”, ”anger”, and more.