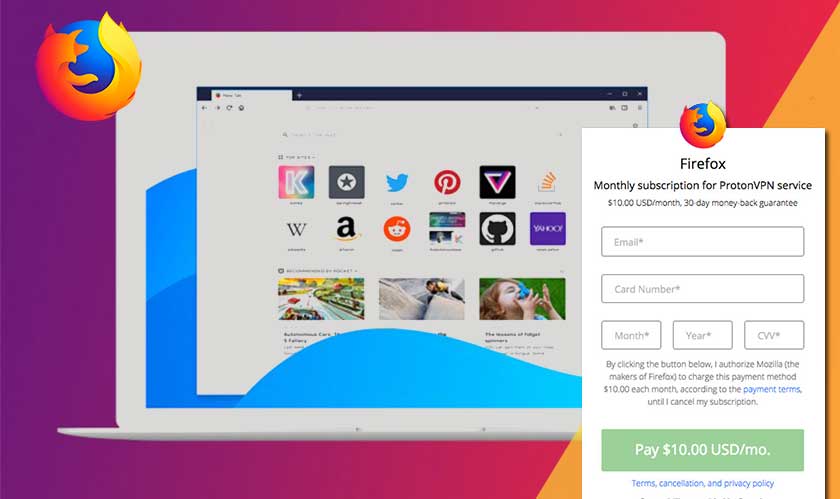 A new subscription service from Mozilla is coming out soon. When you sign up for the new premium paid service, you get to access features like VPN services or cloud storage. The announcement was made in an interview with t3n, where CEO Chris Beard said that both VPN and cloud storage will be offered for a price.

The details aren’t very clear now. But we do know that the subscription offers will start in October. For its VPN offering, Mozilla had begun testing it since last year that was made available for just a group of users. The test group also had to pay about $10 per month to access Mozilla’s ProtonVPN.

Apart from VPN, Beard also said he’s planning on providing other IT services like cloud storage. But we still aren’t sure if the subscription includes multiple features of VPN and storage or if they are separate. Whatever it is, it’s now obvious that Mozilla is finding new ways for its revenue boost.

The company’s senior VP Dave Camp said: “A high-performing, free and private-by-default Firefox browser will continue to be central to our core service offerings.” The existing Firefox features will continue for free. And those who are interested in the new subscription feature will be catered to without really hampering “the development and reach of the existing products and services.”