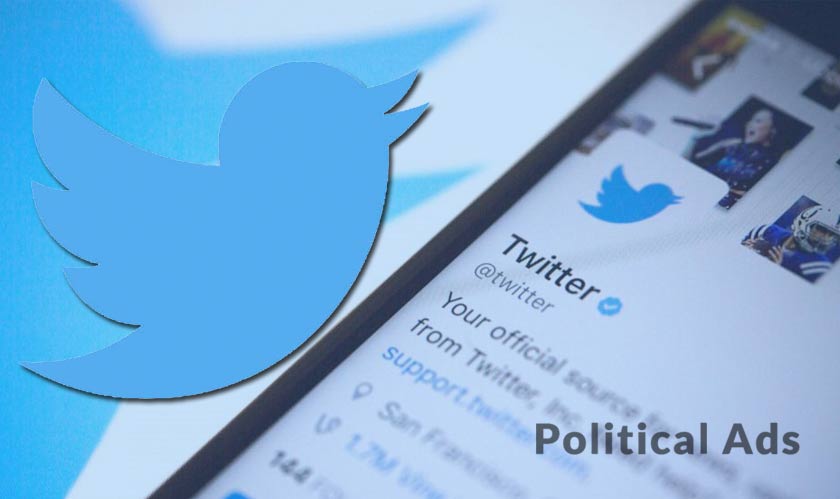 When Twitter announced its new policies on political ads last month, there was criticism from several statesmen and advocates. But now, Twitter has revealed that the company is rolling out a new set of guidelines for organizations that advertise on political causes related to climate change.

According to Twitter, there will be two policies from the end of this month, divided into “political content” and “cause-based advertising”. The latest political content policy will restrict promoting anything connected to candidates, political parties, legislation, regulation, etc. This move by Twitter bans political candidates from spending money on Twitter ads.

But the cause-based advertising that follows topics like climate change, abortion or animal rights will have more stringent rules than before but will not be entirely banned. Also, the issue-based advertisers will not be able to target users specifically based on their age, race or location. Certain keywords like liberal or conservative will also be not allowed according to the IT Services giant.

Twitter’s rival Facebook has a totally different approach to this and its CEO Mark Zuckerberg stated that banning candidate ads might have a negative effect as it could rule out any existing chance for a new candidate and gives the incumbent an edge in re-elections. Several experts are of the opinion that Twitter’s new rules do little to fight the spread of disinformation in advertising.