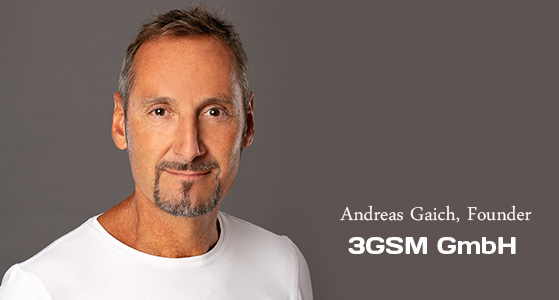 Mining has been around ever since humanity discovered metals. Mesmerized by the applications of the minerals extracted from the earth, mining eventually became an industry. Mining is very different now than it was back then. Tunneling, on the other hand, has been connecting people for a fairly long time too.

Both mining and tunneling have been very conservative industries since their inception. The new technologies targeted to reduce energy consumption and the environmental damage has brought upon some remarkable new technologies with times. Among the many ways that mining and tunneling are done, rock mass characterization and blast design are pivotal in the modern era. These require expertise in the field of software and rock/blast mechanics to deliver the desired results during the excavation or mining processes. With time, rock mass characterization and blast design have begun to fuse together. 3GSM is the only company that enables both in a customizable way.

Founded in 2002, 3GSM was established to introduce a new standard for collecting structural data of rock masses of ace quality. 3GSM entered the scene by introducing geological mapping applications for tunneling. These have over time become the industry standard. They have since inception diversified and improved their range of application for the mining industry by introducing the BlastMetriX system in 2007.

Their first major product that entered the market was the JointMetriX system which was rolled out back in 2004. The rock mass characterization system worked from a close range in the tunnel up to 1.500m (4.900 ft) on the surface. This product had all the components necessary in a modern photogrammetry system and on top of that was capable of geological mapping.

3GSM addresses two huge markets that are hugely suspicious of new technologies and are different in sizes in terms of projects and companies. But they have delivered quality products that were widely accepted. They started with photogrammetry applications in conjunction with digital imagery 15 years ago. 3GSM has adapted to the evolution of digital cameras and improvements in 3D graphics. By continuously observing these technological trends, 3GSM has not only grown but has managed to stay ahead of its competitors.

The annual service that 3GSM provides is pertaining to software development and sales. Also, they provide a hybrid solution that connects the modeling aspects of the software and used along with sales. This way they cater to the needs of targeted industries. They provide software packages for specific user groups that have interchangeable software components. They like to call this the “toolbox concept”. Their software combines the latest in photogrammetry technology with their huge expertise in rock mechanics and blast engineering. This enables unique applications in targeted industries.

3GSM has been able to set industry standards in both of its core applications. In Europe, their rock mass characterization, tunneling 3D imaging technology, and their assessments have become state of art and are part of various tender documents for tunneling projects. Their BlastMetriX system is used in mines and quarries in more than 40 countries all over the world.

3GSM’s system has been extended to be used for aerial imagery using drones. This has enabled highly advanced application in surface mining and understanding landslides in mountainous terrains. This allows mapping the geological situations holistically in a reproducible manner and delivers rock mass models not available before. These systems reduce the production costs, increase working safety, and provide quality information that is hard to match otherwise.

Tunnels will always be required to connect people and businesses. And the extraction of mineral resources from the surface and underground mines are the basis for many products we use every day. 3GSM’s products support these two industries in an efficient manner that reduces the environmental impact while also optimizing the excavation procedures. 3GSM has been growing organically and has reached 40 countries on all continents and clocked good profits year after year. Their ability to interpret the needs of the industry professionals into codable items is uncanny. By incorporating new partners and capital and a new level of reach and support, the company is bound to keep growing.

Dr. Andreas Gaich is from a photogrammetric and software engineering background. He founded 3GSM after graduating from the Graz University of Technology, Austria and working with a company that specialized in tunneling called 3G consultants.

Andreas studied under Professor Wulf Schubert who is now a partner. Professor Wulf Schubert’s knowledge of rock mechanics and tunneling is known worldwide. While establishing the company Dr. Andreas was able to recruit and assemble a group of people from software development, rock mechanics/rock blasting. This is the reason that the company is recognized all over the world as a major contributor to the tunneling and mining industries.

“3GSM started photogrammetry applications in conjunction with digital imagery some 15 years ago.”