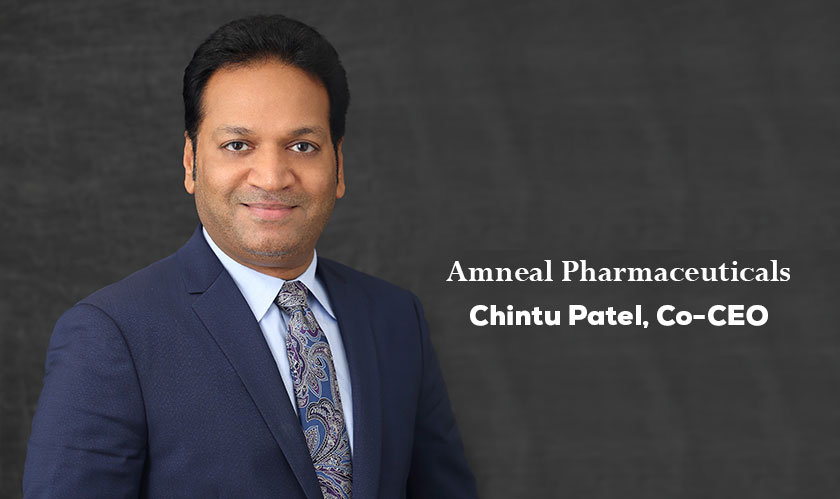 The war between branded drugs and generic drugs has lasted for several decades now and for the first time; the generic drug market is expanding and becoming popular. But what are these generic medicines and how can they help?

Generic drugs are drugs that have chemical makeup which are similar to their branded counterparts; they are equivalent to branded drugs in dosage, strength, route of administration and performance. But they are much economical than branded drugs because they need not repeat costly clinical trials and invest in marketing and promotional strategies. The growing rate of chronic diseases and increasing healthcare expenditure have largely contributed to the rise of the generic medicine market.

Once generic medicines become widely available, it’ll have a world-wide impact that will improve the lives of millions; this is what the New Jersey-based pharmaceutical company Amneal envisions. They are striving for a better world by uniting people and by making quality medicine more accessible and affordable.

Almost two decades ago, Amneal Pharmaceuticals, was bootstrapping their way to success led by the current Co-CEO’s Chirag Patel and Chintu Patel. Their father, an industrial pharmacist migrated from India to the US in 1987 to provide the sibling co-CEOs better education. And the boys took up jobs at the age of 15; Chirag started working at a hotel in NYC and Chintu at a candy store.

After taking up formal education they parted ways, Chirag followed his business dreams and was tinkering with IT startups whereas Chintu retraced his father's footsteps and became a pharmacist. While toiling as a pharmacist he was exposed to the first-hand struggle of patients who had a hard time making choices between food and medication.

“We decided on pharmaceutical manufacturing because this was the area we knew the best. We chose to start small with Nutritionals since they weren't highly regulated and thus provided an easier entry to the market,”-Chintu Patel Co-CEO, Amneal.

That’s when he decided to venture into the pharmaceutical business and generic drugs as they were the most viable option for providing affordable medicines. In no time, the company was set up under his father’s guidance and Chirag’s support. During their initial days, generic drugs were an unheard term for most American consumers and the substitution rate was somewhere between 30-40%. This was relatively low in a country where an average citizen spends almost $400 on prescription drugs every month.

By the year 2006, the company's revenue had crossed over a hundred thousand dollars and by 2009 they were the 12th largest generics company in the world. Today, the company is valued at over $2 billion and employs over 5000 people and is one of the fastest-growing generics companies in the United States with over 300 products.

Since 2007, the company has acquired several companies and these acquisitions played a key role in the exponential growth of the company. In December 2019, the company announced plans to acquire a majority interest in AvKARE – one of the largest private-label providers of generic pharmaceuticals in the U.S. federal agency sector, focused on serving the Department of Defense (DOD). After the transaction, AvKARE will operate on a standalone basis as an independent subsidiary of Amneal.

“With AvKARE, we believe Amneal will be well-positioned to utilize our extensive U.S.-based manufacturing network to supply products to the federal healthcare market. We look forward to completing the AvKARE transaction and strengthening our focus on providing affordable medicines to patients.” - Co-Chief Executive Officers Chirag Patel and Chintu Patel.

Amneal is building upon its existing presence and the acquisition of AvKare will have a huge role in it as it is the second-largest VA and DoD generic pharmaceutical reseller in the country and has a partnership with over 50 generic manufacturers. By bringing AvKARE onboard, Amneal’s operations will be seamless especially with regulatory bodies governing federal procurement of pharmaceuticals as AvKARE’s management team brings in more than 50 years of expertise to the table.

It is impossible to compare Amneal with a conventional pharmaceutical company because of its diversity and futuristic approach especially when it comes to R&D. Amneal houses a deeply accomplished development team and also have creative product development partnerships with external stakeholders. The company’s R&D is differentiated into three different sections – Generic R&D, Specialty R&D, and product partnering.

But advanced machines alone can't do the work and the major share of the company's achievements can be dedicated to forward-looking employees who make health possible.

Towards the end of 2019, Amneal announced that they have received Abbreviated New Drug Application (ANDA) approval from the U.S Food and Drug Administration (FDA) for EluRyng. By securing EluRyng the company has overcome several scientific and regulatory capabilities and significant barriers to entry like complex formulation development and specialized manufacturing requirements which can be considered as a major milestone for the company.

According to IQVIA – a healthcare data analytics provider, the branded version of EluRyng offered by NuvaRing hit approximately $976 million in 2019 and therefore EluRyng’s entry as a complex dosage form in the company’s portfolio will provide meaningful growth and profit to the company. Also, by bringing this product, the company stresses upon its promise to offer affordable access to complex drug products.

Challenging the conventional route has always been the story of Amneal and now the company is pushing its limits by restructuring the board of directors and inviting new faces from the industry’s best talent pool.

Paul Meister, Chairman of Amneal’s Board, said, “It is a testament to the opportunities ahead for Amneal. They each have deep knowledge of our industry, and we are confident they will help us capitalize on those opportunities. Moving forward, we will continue to add new expertise and fresh perspectives to our Board.”

Amneal’s dream of innovation can only be achieved by bringing new perspectives in the leadership and the company has a long way to go. But as the company moves closer to its dreams, they manage to stay true to their reputation for quality, service, and value and they are constantly in the process of reinventing themselves along the way by creating meaningful partnerships and focus delivered outcomes.

Amneal Co-Founders and Co-Chief Executive Officers, Chirag Patel and Chintu Patel said, “We look forward to working closely with them as we execute on our strategies to reinvigorate Amneal, drive growth and create value for patients, shareholders and our other stakeholders.”

- Ernst and Young - National Entrepreneurs of the year 2011

Chirag Patel Co-Founded Amneal. Currently, he is the Co-Chief Executive Officer and President of the company. Before joining the enterprise with his brother, he co-founded technology companies like NextGen Technologies and Veriprise Wireless. In 2011, he received the Young National Entrepreneur of the Year Life Sciences Award®. Patel received his Bachelor's degree from H.A College of Commerce in India and his MBA from New Jersey City University.

Chintu Patel Co-Founded the company with his brother and currently serves as the Co-Chief Executive Officer. Before founding Amneal, Patel was a pharmacist and has worked as a senior-level manager at Eckerd Pharmacy for several years. He shares the 2011 Ernst & Young National Entrepreneur of the Year Life Sciences Award® with his brother. Patel holds a bachelor’s degree in Pharmacy from Rutgers College of Pharmacy.

“We challenge conventions so healthy can be possible for all.”

“We relentlessly challenge the status quo—pushing ahead to pioneer quicker, smarter and more affordable ways to improve real lives…because there can always be a better way.”