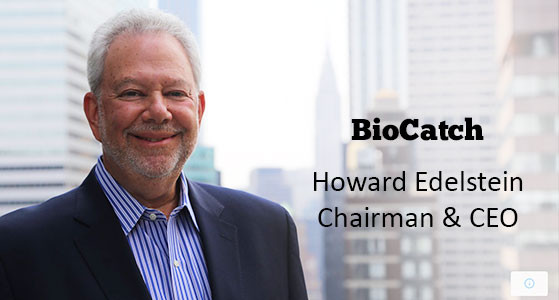 As more and more people come online, securing their digital identities becomes more important. While most banks and enterprises look for comprehensive security solutions that prevent various kinds of cyberattacks, they do not consider solutions that tackle fraud and digital identity-related challenges. This is where BioCatch excels with its brilliant behavioral biometrics platform.

BioCatch was founded in 2011 by co-founders who held comprehensive expertise in AI, Machine Learning, Cyber-terrorism, and neural science. It was founded on the general notion of focusing on online behavior to tackle digital identity challenges.

The idea came to Avi Turgeman, founder of BioCatch while serving in military intelligence. He discovered that people interact with machines in certain measurable ways. Hence, he turned his attention to online fraudsters and identifiable signatures and co-founded the company with Benny Rosenbaum.

Today, the BioCatch platform is used by major global enterprises and banks to tackle digital identity-related challenges. The platform built by the company sources behavioral insights from the analysis of over 2,000 physical and cognitive-behavioral parameters that support many use cases across the digital identity lifecycle. Its technology is capable of preventing new account fraud, Account Takeover (ATO) fraud, authenticates online users, and detects vishing scams. The platform, moreover, is known for generating impressive returns on investment from catching more frauds and reducing false positives and unnecessary escalations.

The company’s innovation has garnered a lot of attention as it has been recognized for its breakthrough technology and solutions. The company has been listed in CB Insights AI 100, One World Identity Leading Innovators in Identity, Deloitte Technology Fast 500, and Florin Awards for Best Innovation in Securing Transactions.

Working With a Major UK Bank

A major UK bank was experiencing Account Takeover (ATO) attacks. These attacks bypassed existing fraud prevention controls and caused massive losses for the bank. Additionally, the solutions in place also created high levels of friction across multiple account lifecycle. The Top 5 UK bank wanted a solution that could work with the existing solutions to reduce the attacks and mitigate the friction problem to improve the digital experience for its customers.

The bank observed that for every £1 invested in behavioral biometrics the bank was able to reduce fraud by £4. It also saw that there was a great deal of reduction in user friction and fraud alerts which lowered the operational costs of investigation for the bank.

Leading From the Front

He is an accomplished corporate executive who founded Thomson Electronic Settlements Group (now Omgeo), was the CEO of BT Radianz, NYPIX and BondDesk Group. He is a serial entrepreneur, and in the equity space, he was entrepreneur-in-residence for Warburg Pincus and was later an operating partner of Advent International.

He was named on the list of “15 Who Made a Difference” in the 15th Anniversary issue of Waters Magazine in 2008. Edelstein received Global Custodian’s Legends Award for industry contributions and innovations in 2009. In 2010, Edelstein received the FINTECH 25-Year Legends Award for industry contributions and innovations. Institutional Investor Magazine named him to its 2013 “Trading Tech 40” list and to its Fintech Finance 35 ranking of industry financiers in 2015.

“The technology that we’ve been able to deploy with the help of BioCatch has played a crucial role in strengthening our security systems. The breadth of behavioural biometrics that BioCatch technology can monitor is really impressive and we’ve already seen many examples of it alerting us to suspicious activity and protecting our customers from fraud.” – Simon McNamara, Chief Administrative Officer of Natwest

“BioCatch’s robust behavioural analytics platform is helping companies identify and stop fraudulent activity without sacrificing the user experience for legitimate customers. The demand for organizations to strike that balance will only increase as digital engagement with their customers grows, and cyber threats become more sophisticated. We’re excited to support BioCatch as it works to expand its capabilities and help organizations, including American Express, address this critical need.” – Harshul Sanghi, Managing Partner of Amex Ventures

“The BioCatch platform analyzes more than 2,000 behavioral parameters of user-device interactions to generate real-time risk scores based on a wide range of human and non-human cybersecurity threats.”