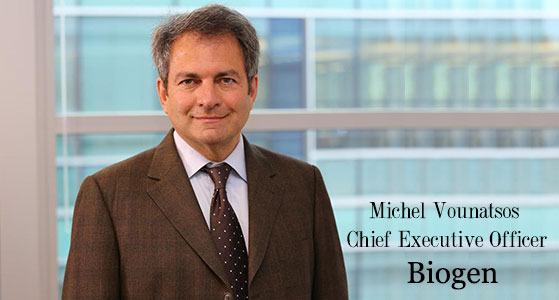 Biogen: Humbled by the Opportunity to Change Lives

There are millions of people around the world who are affected by many neurological diseases. Be it multiple sclerosis, Alzheimer’s disease, Parkinson’s disease or amyotrophic lateral sclerosis (ALS), there is still immense scope for technological advancements here. Many people also suffer from less common diseases such as spinal muscular atrophy (SMA) and progressive supranuclear palsy (PSP).

There is one mission that is clear-cut at Biogen and that is being pioneers in neuroscience. It was founded in 1978 and has its roots as one of the world’s first global biotechnology companies. Established by pioneers Charles Weissmann, Heinz Schaller, Kenneth Murray and Nobel Prize winners Walter Gilbert and Phillip Sharp, Biogen has led the innovative scientific research with the goal over the last four decades to defeat devastating neurological diseases.

“We believe that no other disease area holds as much need or as much promise for medical breakthroughs as neuroscience,” says the CEO of Biogen, Michel Vounatsos. Biogen has some of the world’s best neurologists and neuroscientists and is constantly engaged with physicians and scientific leaders around the world with the aim to further medical research. “Our focus on neuroscience, our deep scientific expertise and our courage to take risks make us leaders in the research and development of medicines to transform neuroscience to benefit society,” he proudly notes.

For nearly four decades, innovative and important medicines have been developed by the people of Biogen. This has helped hundreds of thousands of people around the world living with serious illnesses. “We are proud of the role we have played in advancing the field of biotechnology and helping patients,” says Mr. Vounatsos. The company is building on this legacy of great science and discovery and further pursues increasingly complex challenges.

The company’s technology and engineering capabilities create novel ways to seamlessly transit products from development to manufacturing with the intent of bringing its high-quality medicines to the market at a faster pace.  More importantly, Biogen profoundly respects the contributions of healthcare providers caring for people living with neurological diseases. “We honor the important role of caregivers, families and friends who care about them,” he notes.

Biogen is striking an impact through its visionary science. It is working to make a positive impact on its patients, the communities, and for society at large. When it comes to its patients, its focus is to solve some of the most difficult challenges in medicine. As it works, it aims to transform the standard of care for neurological and neurodegenerative diseases and support access to treatment.

Interestingly, Biogen is keen on introducing students to the world of science. The company shares its joy of science through its Community Labs. The Community Labs have dedicated classrooms aimed at providing a hands-on learning experience for the next generation of innovators.

When it comes to the community, Biogen is supporting communities where it lives and works. It fosters diverse, vibrant and enriched communities that are embracing the promise of science to all. At a larger scale, Biogen is innovating for a better future for the society. The company is advancing solutions to global environmental challenges and achieving operational excellence through innovative collaborations and cutting-edge science.

Biogen is committed to working with advocacy and patient organizations as they serve the communities they represent. Recognizing the challenges facing healthcare systems today, Biogen collaborates with regulatory authorities and customers such as healthcare providers and payers, so that those in need can access its medicines. Biogen contributes to the communities where it lives. It is strongly committed to its employees, diversity and inclusion, and environmental sustainability. Mr. Vounatsos says his company is deeply humbled by the opportunity to change lives.

Michel Vounatsos is Chief Executive Officer of Biogen and has served in this position and as a member of the Board of Directors since January 2017. Mr. Vounatsos joined Biogen in 2016 as Executive Vice President, Chief Commercial Officer after a 20-year career at Merck. While at Merck, he held leadership positions of increasing responsibility in Europe, China, and the U.S., driving significant and consistent growth across multiple geographies. Most recently, he served as President, Primary Care Business Line and Merck Customer Centricity leading Merck’s global primary care business unit, a role which encompassed Merck’s cardiology-metabolic, general medicine, women’s health and biosimilars groups, and developed and instituted a strategic framework for enhancing the company’s relationships with key constituents, including providers, payers and retailers and governmental bodies throughout the world. Earlier in his career, Mr. Vounatsos held management positions at Ciba-Geigy. He received his C.S.C.T. certificate in Medicine from the Universite Victor Segalen, Bordeaux II, France, and his M.B.A. from the HEC School of Management in Paris.

“At Biogen, our mission is clear: we are pioneers in neuroscience.”

“Our focus on neuroscience, our deep scientific expertise and our courage to take risks make us leaders in the research and development of medicines to transform neuroscience to benefit society.”

“We work fearlessly. We do not give up even when challenged, pursuing innovation in all that we do.”