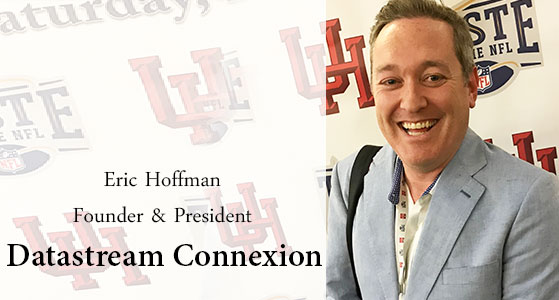 We live in the times of frequent technological updates. In this booming technological era, there is a need to create a portal-based collaboration product that is more than document storage and messaging. The product needs to be dynamic and nimblethat could respond to emerging events, adopt new procedures quickly to support users and generally avoid the lockbox of functions of traditional portal products.

It is in this era that emerged a small, nimble team with deep experience driving technologies from idea through development, testing, refinement, and launch. That’s Datastream Connexion for you. Datastream comes with intensive research, development, embracing change, along with a passionate drive. Established in 2001, Datastream delivers results!

It all started after the dot.com bust. Datastream wanted to focus on delivering solutions that made an impact on people’s lives. Hence, it deliberately eschewed projects and products that followed the dot.com model. Rather, it wanted software that created an impact beyond unsustainably selling below-rate widgets through the web. “Simply put, our mission was to connect people to data, and let people do the right thing,” says the founder of Datastream Connexion, Eric Hoffman.

With this, Datastream set out on its first project. The Connexion web portal was the first internal software release owned and utilized by the company for client needs. Deployed early on into the Food & Ag sector and branded as CoreSHIELD, it still powers the sector, coordinating and uniting people and information across the sector. This was just the beginning and it was a tremendous learning curve.

Navigating from a small application to a large, agile, DevOps-based platform, the company grew from small data center roots to being an early beta adopter of GovCloud with partners at Amazon Web Services. Datastream values this journey and looks back upon it even today. Datastream believes that Agility, Security, Openness, Relationships, Flexibility are the five factors that have contributed to Datastream’s growth and success.

With an openness to new ideas and new pathways that weren’t originally in project plans, the company has built a trust with stakeholders and end users that can’t be achieved through standard practices. Be it Strategic Consulting, Cloud, Web, Mobile Development or Security and Compliance Analysis, Datastream Connexion has a solution for you. Speaking of security, Hoffman feels that the company’s security focus complements other focus areas with demonstrable outcomes in order to support those who put the trust in Datastream to build solutions.

For over 15 years, Datastream Connexion has used its development toolset to protect the food supply, to bring about adoptions for forever families, to share critical information across government agencies, and to increase the health and strength of cancer survivors. Today, the company is rapidly expanding more broadly into Health IT. Datastream has also iterated its Connexion platform to support the unique challenges of this sector and the needs of its startups. The company offers consulting and development services that will quickly and efficiently bring any product to market.

Since most of its efforts are largely focused on protecting the food supply, and improving general health, the company is positively contributing to the global IT platform and the human element directly. “We have partnered and shared our experience directly with many entities, with an effort to improve IT focus and agility for more than 15 years,” notes the founder.

Behind this successful and ever-developing list of products is a team of skilled members who engage in collaborative, critical application development and consulting to increase security, reliability, and efficiencies for the clients. Interestingly, in Datastream’s hiring process, more than the skills, the employees need to fit inculturally. By opening up dialogues on employee ideas and the overall company, Datastream allows employees to be heard and feel connected to the direction of the company.

This brings us to the management. As a rule, Datastream is an agile organization and does not focus on micromanagement. “My expectation is that each project manager or lead developer has the skill set and capability to make sound decisions that keep the best outcome in mind for both our clients and our firm,” notes Hoffman. This kind of autonomy allows each employee to shine while knowing there is a safety net if needed from ownership.

When it comes to expansion, Datastream believes that headcount is not a measure of success and doesn’t look to infinite expansion. “A nimble team is better situated to handle emerging issues compared to a numbers-heavy organization,” expresses Hoffman.

Hoffman feels that the ‘Global IT’ can be slow to adopt, especially those entrenched in tradition. But this is where Datastream has successfully demonstrated compliant cloud implementations and SaaS operations at the federal level, long before it was a preferred strategy. In the years to come, Datastream hopes to have more balance across Food & Ag, Health, and other verticals that the company is currently exploring. “Resiliency means diversity in your business; all the way from product to human capital,” says Hoffman as he signs off.

The Architect of Datastream Connexion

Eric Hoffman is the Founder and President of Datastream Connexion. He has been involved in the innovation side of IT for more than 20 years. Not enamored with the traditional IT playbook, he has been at the forefront of innovations in the Legal, Health, Food & Ag, and Sports Media fields. Additionally, he is the Executive Producer of Game ON! a sports magazine TV show created locally in the Twin Cities, along with radio partner on Go Twins Territory on the Twins home radio network. Hoffman is a Minnesota native and attended the University of Minnesota. In 2016 he was a scholar in the ‘Goldman Sachs 10,000 Small Business Program’ through Babson College and won the ‘Entrepreneur 360 Best Company award for 2017’.

“Our growth is measured by impact nationally through our applications.”

“We are happy to be that torchbearer for so many years and into the future with innovative solutions.”