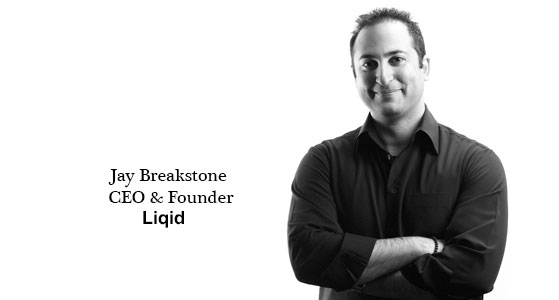 Cloud computing is a technological breakthrough that held unimaginable implications. But to realize its full potential, it would take a lot of tweaking and probably even some radical changes in legacy IT infrastructure to take place. While the tech world is certainly heading in the right direction in this regard, it is being haunted by its own dependency on legacy systems in the datacenters, the brains of cloud computing. One of the few companies breaking this cycle is Liqid, a company that develops technology to manage resources within datacenters in real-time.

Liqid, 2013 was founded by a group of visionaries with decades of experience in data storage, high performance computing, networking clustering, software development, and systems engineering. The mission was simple: Ensure the potential for data innovation that came with cloud computing that can be fully realized.

Liqid is revolutionizing the way how cloud is structured and datacenters are built. The Liqid composable infrastructure platform eliminates the need for motherboards and gives users more flexibility. It is an adaptive platform through which users can manage and automate resources dynamically through Liqidâ€™s standard user interface by taking the hardware components normally inserted into a motherboard and instead attaching them through the Liqid composable infrastructure platform.

Liqid breaks the static motherboard-and-chassis paradigm with its revolutionary Composable Infrastructure which rethinks infrastructure from the server up. Freed from the mechanical limitations of the old paradigm, the Liqid composable infrastructure platform allows users to instantly compose and reconfigure their desired physical servers, on open, industry standard components. Resources can be allocated to target applications, whether those are legacy enterprise applications or the latest cloud-based business apps, and then redeployed as needed.

While Datacenter architectures have seen significant advances with the advent of the cloud era, they still remain shackled by the motherboard/chassis paradigm, which locks resource allocation to the point of purchase. The Liqid platform focuses on innovations in low-latency fabrics and intelligent software. It addresses the painful and costly limitations of traditional approaches to infrastructure by leveraging pools of compute, networking, data storage, and graphics processing residing on the PCI-express (PCIe) fabric, managed by Liqid software, to deliver true composability.

An approach unlike any other

As a leader in the fledging field which has virtually boundless capabilities, Liqid aims to help create the foundation for a new wave of technological advancements in these and other fields. By working with key partners to develop a truly agnostic platform, it is enabling IT organizations to build infrastructure that meets their needs without having to make purchase excess bundled hardware or settle for something less than their requirements.

The company believes that its architectural approach to composable infrastructure is the simplest and most intuitive in the marketplace today. IT professionals instinctively understand the value of being able to pool disaggregated resources at the most fundamental, bare metal level, and orchestrate them on command or through automation. While there are companies that are emerging in the new field, they hardly hold a candle to Liqid, simply because of their approach to the platform is neither as unique nor simple.

Most other providers are selling flavors of virtualization i.e. creating virtual rather than actual instances of a resource somewhere up the software stack for one or more datacenter resources. While this improves efficiency, it does not solve the fundamental mechanical problem at the heart of the motherboard/chassis paradigm. And with the addition of GPU to the roster of composable resources, Liqid offers the industryâ€™s most complete solution, and the industry is taking notice.

When Intel updated its Rack Scale Design 2.1 (RSD) specifications to include PCIe fabric, Liqid instantly became the leader in RSD 2.1 design due its unique PCIe-centric take on composable infrastructure. It is also the first-ever composable infrastructure provider to incorporate GPU into its platform as a fully composable resource, freeing the powerful technology for use across the datacenter as demand dictates.

â€œBy continuing to develop and refine software and hardware solutions that build off of this new, agile foundation, Liqid will continue to drive greater automation in the modern datacenter. By enabling organizations to seamlessly utilize both in-house and cloud-based resources to fully realize the potential of their data, Liqid will remain central to next-generation innovations taking place in the technology marketplace and beyond,â€ adds Jay, Founder.

Jay Breakstone, CEO and founder, is the visionary behind Liqidâ€™s innovative technology and is responsible for providing business-focused oversight to the sales, marketing, and R&D efforts, while driving the companyâ€™s short- and long-term technological direction. He is passionate about the evolution of computer technology and is understands the importance of how technology addresses the pain points of its users due to his successful careers as an engineer, technologist, and marketer. Before Liqid, he founded and ran an award winning enterprise storage technology company, pureSilicon, paving the way for the proliferation of solid-state technology in the data center and is now considered a thought leader in his field.

â€œOur goal was clear: to engineer the IT platform of the future.â€