MartianCraft â€“ United By the Love of Creating Impactful Software 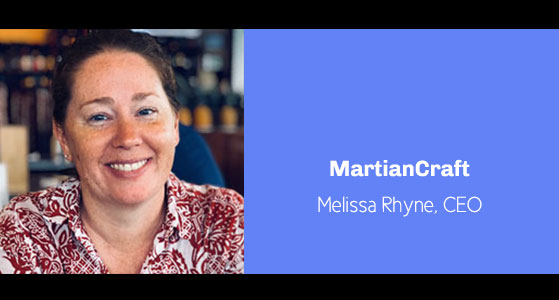 MartianCraft â€“ United By the Love of Creating Impactful Software

One of the most common purposes of developing software is to meet the specific needs or demands of businesses. Choosing a software development company, rather than an individual, for the task has many advantages. Firstly, these development companies offer services that involve teams of dedicated professionals thus helping their clients shake off much of the financial burden brought about by having a larger-than-needed-staff. Also, by letting the pros take over some of the unpleasant, but much needed administrative tasks, businesses will also be able to focus on their area of expertise whilst resting assured that their other computing affairs are being taken care of. MartianCraft is one such software development company that makes sure that the best and most professional programmers and IT experts will be attending to their clients’ needs.

MartianCraft is a software design and development agency working with companies of all sizes to see their vision through from “idea to completion”. MartianCraft offers businesses with software design and development services for their projects. MartianCraft stands out from the rest when it comes to the approach they adopt in developing software: the company “handcrafts” the software. Meaning, the software is “not cobbled together from design templates, third-party libraries, or copied code from the internet,” – their website reads.

MartianCraft’s consulting services focus on user experience and visual design, and server and game development. Furthermore, the company provides its customers with on-site training, and code and design review services. The company was founded in 2009 and is headquartered in Fairfax, Virginia. The company has acquired a number of app-related companies including BitBQ, Dragon Forged Software and Zarra Studios. Thus far, the company has successfully launched at least 1270 apps including mobile and Mac apps such as Briefs and TouchPad.

MartianCraft has worked with the best organizations in the known universe. They have worked with clients from startups to sitting presidents, and a few of their successful collaborations are listed below.

The Daily Digital Magazine – The Daily was the first cohesive cutting edge experience built exclusively for the iPad and Android tablets. MartianCraft helped them achieve advanced text layout and image rendering for their ground-breaking design for a mobile device.

Rhapsody Mobile Music App – MartianCraft redesigned the architecture and foundation of Rhapsody’s Music app for iPads and iPhones. After a complete rewrite of the Rhapsody’s final product, the app yielded a marked performance and stability improvement compared to its previous versions.

OFA Canvassing App for Android – The President of the United States needed an edge in the election and asked MartianCraft to deliver on Android the OFA canvassing app. The Organization for Action, or OFA, turned to MartianCraft for an Android app that maintained the integrity of the iOS user experience. The company developed the software from scratch and delivered it in just a month’s time.

Software Training for NASA Engineers – MartianCraft provided hands-on intensive training to NASA engineers for a period of four days at the Johnson Space Center. The training was heavily customized to help NASA build mission-critical command and control software for the iPad.

Credit Card Processing App and Reader – The first ever mobile credit card processing app for iPhone was designed by MartianCraft. “Transactions” was the first app that allowed users to accept credit cards on their iPhones anywhere for anything. Also, before the dock connectors or Bluetooth even existed, MartianCraft designed a credit card reader that can be used by connecting to a headphone jack.

Melissa Rhyne, the Chief Executive Officer of MartianCraft, is an architect by trade. She has participated in the planning, design, and construction of a broad range of projects around the country. They varied in scope and cost from small projects to large multi-million dollar complexes. Mrs. Rhyne helped her husband Rob Rhyne, and Jeff LaMarche found MartianCraft. Her experience in managing multiple clients and engineers around the country at any given time helped MartianCraft build a strong, supportive environment with employees and clients.

Prior to MartianCraft, Mrs. Rhyne worked for Giuliani Associates Architects, Inc, which focused on the aviation industry and Design/Build contracts. At Giuliani, she managed a staff of eight designers over multiple projects. Mrs. Rhyne, who grew up working in the construction industry, attended the School of Architecture at Virginia Tech in Blacksburg.

“Software can be a positive change for the human experience. We are here to make things better: to advance the state of the art; to build software that stands the test of time.”

“Working with our clients we have shaped elections, redefined the newspaper, and delivered joy to millions. We aren't just mobile natives, we helped spark the revolution.”

“We are not waiting on the future. We are building it today. We design software for creative people, and build unique apps for demanding client.”