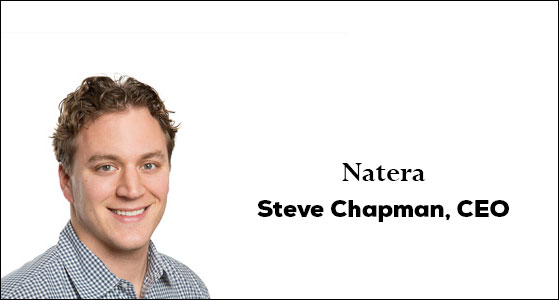 It’s been almost 50 years since mankind discovered prenatal detection of chromosome abnormalities and this drastically reduced aneuploid children. But the problem persisted as invasive prenatal diagnosis (CVS) wasn’t a viable option as these procedures increased the risk of miscarriages.

This is where non-invasive tests come into the lime light with its ability to isolate fetal cells and fetal DNA from the mother’s blood. This opened up several exciting avenues in the field of non-invasive prenatal testing (NIPT). But direct analysis of fetal cells from mother’s blood is challenging because of the scarcity of these cells and now the industry’s focus is on cell-free fetal DNA (CfDNA).

Natera is a market leader in cell-free DNA testing. They're specialized in reproductive health, oncology and organ transplantation. They also offer proprietary genetic testing services to inform physicians who care for pregnant women, transplant physicians, oncologists, and cancer researchers, including biopharmaceutical companies, and genetic laboratories through its cloud-based software platform.

The World of Natera

Natera is revolutionizing the world of genetic testing; it is changing how doctors and patients manage genetic diseases. They are developing and commercializing non-invasive methods for analyzing DNA and they have a CAP-accredited laboratory in California that offers a plethora of proprietary genetic testing services. The company is harnessing the power of cell-free DNA from a single blood sample and utilizes single-nucleotide polymorphisms (SNPs) for non-invasive testing.

According to the market research firm ‘Markets and Markets’, the global non-invasive prenatal testing (NIPT) market is estimated to reach USD 7.3 billion by 2024 from USD 3.9 billion in 2019, at a CAGR of 13.5% during the forecast period. The study sheds light on the competitive nature of the genomic companies offering tests related to reproduction.

But Natera has been a long term player in the field; the company presented its genetics-based prenatal test "Panorama" in 2013 as an alternative to the conventional tests like CVS that carry the risk of miscarriage. Later in 2015, they introduced "Constellation" that allows laboratories across the world to access key technologies that Natera uses in its own lab through the cloud. Currently, the Constellation platform provides support to labs in 15+ countries.

Natera is world-renowned for its prenatal testing products; the nature of the genetic test is designed to identify the reasons for failed pregnancies. Natera searches about 317,000 sites looking for variations that could cause trouble and very often the issue lies in the chromosomes of the fetus.

The company also has a preimplantation genetic diagnosis test that analyzes embryos with chromosomal abnormalities that prevent the implantation of the embryo in the uterus resulting in a miscarriage or birth defects. Natera’s miscarriage test dives deeper than the conventional scanning process called a karyotype. Natera’s testing sorts out the fetal DNA from the mother’s blood rather than relying on the appearance of chromosomes as in Karyotype scanning. Natera makes use of a microarray or “gene chip” to analyze variations in specific sequences of DNA.

The use of SNPs (Single-nucleotide polymorphism) to analyze DNA is prevalent in Natera, the test allows Natera’s Panorama to conduct the non-invasive prenatal test and these test results are the best in the industry and have the lowest false-negative and false-positive rates.

Signatera was launched in 2017 by the company, it is a personalized procedure to detect circulating tumor DNA (ctDNA) for molecular residual disease (MRD) assessment and recurrence monitoring for patients who were previously diagnosed with cancer.

Signatera is quite different from the traditionally available liquid biopsy tests that screen for a generic set of mutations independent of an individual’s tumor. Signatera has a high chance of detecting these ctDNA agents in plasma compared to the generic-panel approach. Also, it provides researchers more flexibility to track additional mutations of interest (up to 100 mutations) for clinical studies.

The process of organ transplant itself is a complex process, but the cases of transplant failures are common and occur within the first 5-10 years. Organ rejection can't easily be treated unless they are detected in an early stage.

Prospera was developed by Natera in 2019; it is powered by a highly optimized, proprietary cell-free DNA (cfDNA) technology that can watch out for signs of active rejection. The tool calculates the results by finding the percent of cell-free DNA in the patient’s blood that originates from the donated kidney to determine whether or not the patient is suffering from active rejection.

In late 2019, the company added a milestone in its journey of NIPT; the company published the largest non-invasive prenatal test (NIPT) outcomes study to date by analyzing the ‘Panorama’ assay over four years. The study reinforces the company's commitment to quality and rigor in test performance. Also, Panorama has over 19 major peer-review publications with 1.2 million patients which is almost twice the number of patients combined from all other NIPT sources.

Steve Chapman – CEO of Natera, started his career in the department of human genetics at UCLA, designing arrays identifying SNPs associated with multiple sclerosis. He is a proven strategic business leader with vast experience in the field of genetic diagnostic testing and has repeatedly proven his mettle. Chapman joined Natera in 2010 and has exercised roles ranging from VP of sales, Chief Commercial Officer and Chief Operating Officer. He graduated with honors and has a BS in Microbiology, Immunology, and Molecular Genetics from the University of California, Los Angeles.

“Harnessing the power of DNA to improve the management of reproductive health, cancer, and organ transplants.”