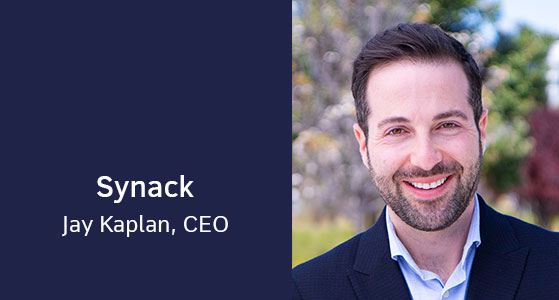 Synack: Crowdsource your security testing in a smart way

It is 2018 and there is a strong motion for recruiting more ethical hackers to counter the increased activities of the unethical hackers which are causing billions in data breaches and other cybersecurity related compromises each year. We even hear rally cries for crowdsourced â€œhacker-poweredâ€ security solutions to tackle the threat posed by the black hats in the Senate chambers from time to time. Synack has been trusted and backed by many federal organizations and enterprises in the last few years for its crowdsourced approach towards solving some of the most pressing cybersecurity issues of recent times.

Based out of Redwood, California, the company started in 2013 when the co-founders Jay Kaplan and Mark Kuhr left the NSA to launch Synack. Synack was the first in the industry to successfully crowdsource vulnerability intelligence.

Data breaches and cyber attacks have dominated the headlines for the much of the year in 2018. Attackers and cybersecurity compromises are becoming more persistent with time. And to deal with such threats the Synack approach is widely recognized as the worldâ€™s leading crowdsourced security solution. Synack does this by pairing the worldâ€™s best ethical hackers and their HYDRA scanning technology to find critical security issues that others fail to find.

Synack brings together the worldâ€™s best hackers and security researchers to form what they call the Red Team. These cybersecurity experts are heavily vetted and act in an adversarial manner to spot the chinks in an organizationâ€™s cybersecurity arrangements.

Recruiting the veterans for cybersecurity

Synack has been the partner of choice for many government agencies and enterprises worldwide. But the company believes in giving back to the large community of veterans in the U.S. It has a Veteran Cyber Program that helps recruit and train veterans in the cybersecurity community. Thus, creating opportunities for the heroes, after they are done with their service. This way the company is also committed to securing the American way of life in some way contributing to shortening the talent gap that is estimated to grow to 3.5 million jobs by 2021.

Former Secretary of Veterans Affairs who serves as an advisor to the Synack Veterans Cyber Program, Jim Nicholson says: â€œCrowdsourcing their expertise helps employers, veterans, and our national security. I am proud to support the Synack Veterans Cyber Program â€“ the first crowdsourced security program to both create opportunities for veterans and help solve one of the largest national security threats of our time.â€ The company kicked off its veteranâ€™s recruitment program earlier this year, at the San Jose State University Veteranâ€™s Day Celebration.

Synack has had a long history with the federal defense agencies and has widely collaborated with military departments and civilian agencies. Seeing the success, DoD decided to award the company new security contracts to use their bug bounty programs to help strengthen the internal DoD assets.

Since its inception, the company has grown in a massive way. They have managed to do something like - bringing together hackers from all over the world to form the worldâ€™s first comprehensive crowd-sourced security solution. This crowdsourced solution has given the best of both worlds for those who are conflicted about whether to use bug bounty programs or pen testing.

With regional offices located all over the world, Synack has protected over 100 global organizations by cutting their security risks and increased their resistance to cyber attack. And it continues its good work. If you want to check how good your organizationâ€™s cybersecurity framework is, try what the federal agencies vouch for, Synack.

Jay has been in the cybersecurity field for quite a while now having served in various security-related positions at the Department of Defense and NSA prior to co-founding Synack. He was in the DoDâ€™s Incident Response and the Red Team. Before Synack, Jay was a Senior Cyber Analyst at the National Security Agency (NSA). Here he mainly worked on supporting counterterrorism-related intelligence operations.

He has a B.S in Computer Science with a focus in Information Assurance. He did his M.S in Engineering Management for the George Washington University through DoD/NSA sponsored fellowship. He further holds various security certifications from ISC (2) and GIAC.

â€œCybersecurity is an arms race with talent and technology at the helm â€“ the side that employs the most advanced and intelligent resources will ultimately win.â€

â€œTransform and simplify your security operations with intelligent platform technology and the worldâ€™s most elite crowd of ethical hackers.â€

â€œWe partner with you on a journey to security without compromise and help you stand strong against breaches.â€

â€œSynack protects some of the largest organizations in the world by effectively and efficiently reducing their true security risk and increasing their resistance to cyber attack.â€