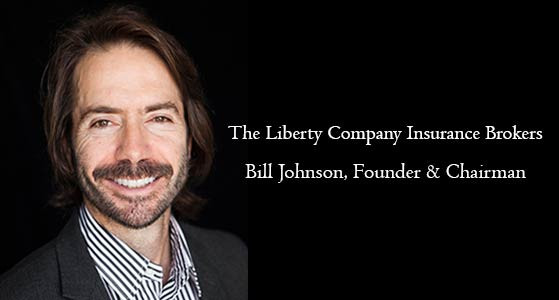 Founded in 1987, Liberty today is the fastest growing privately held insurance brokers in the nation. Headquartered in Los Angeles with offices in six other states, we have grown consistently by attracting entrepreneurial people into our energetic, collaborative and award-winning culture. As a company, we embrace change and welcome new voices as the best way to thrive and grow. Our mission is Promoting Peace of Mind with Great Care and we achieve this through a culture based around our core values of Integrity, Excellence, Caring, Kindness, Fairness, Teamwork, Good Feelings, and Fun. Our Core Values serve as these 8 North Stars that guide our decisions and our actions in different situations. Now Liberty has an intentional strategy to find good people who fit our entrepreneurial, inclusive and yet family environment and we work to support those people to experience joy in both their professional and personal lives. Our goal is to clear the path of political or administrative distractions so our team members can focus on their Highest And Best Use (HABU), which is what they love to do, what they do best, and therefore is best for all of us.

Liberty’s Founder and Chairman, Bill Johnson is a native of Chicago, IL and lived in northern California before attending California State University Northridge (CSUN) where he was an All-American tennis player. After graduating college in 1986, Bill began his insurance career as a Farmer’s agent and shortly thereafter founded William J. Johnson Insurance Brokers Inc. (which later became The Liberty Company Insurance Brokers). In 2002, in addition to running Liberty, Bill decided to pursue a new venture in the film business and has since Produced over 30 films including working with stars Brad Pitt, Tom Hanks, The Rock, Keanu Reeves, Johnny Depp, Margot Robbie, Nicole Kidman and many others.

But after taking a year off in 2017-18 for a family trip around the world with his wife and then nine year old twins, Bill returned to Los Angeles and realized that his passion for building a special Culture was drawing his attention back to Liberty on a full time basis. Since that time, Liberty has exploded with growth and abundance but more importantly, has fostered a happy and connected team fueling that growth and benefiting directly from it both financially and in terms of overall health, wellness, happiness and peace of mind. On the philanthropic side, Bill founded a public charity called ‘The Enlightenment Network’ which has the mission of supporting the arts within disadvantaged youth communities around the world. Bill is also a 30 year yoga and meditation practitioner.

In terms of some more background regarding our Cultural journey at Liberty, after really examining what that word Culture means, we realized that culture is a feeling which is ultimately grounded in our mission and core values. Previously, we had a mission statement but the truth was, nobody could remember it – and we realized we needed to change it so that people could remember it but more importantly, so that they could actually feel it – because that’s what gives meaning and passion to the work itself. So after a lot of thought, the new Mission Statement became: “Promoting Peace of Mind with Great Care”.

Now when it comes to Peace of Mind, no one can provide that for another because that can only come from the inside of each individual person. However, we can certainly promote it – that’s a big part of what insurance is - and we can certainly do that with Great Care.

Next, we reexamined our values and settled on 8 core values – we like 8 because it’s the sign of infinity! With the first being Integrity which is the bedrock of our industry. Then Excellence – always striving for greater levels of that. The next three come together in our mind – Caring, Kindness and Fairness – because you can feel all of those when they are present and as mentioned above, we believe that Culture is a feeling. And then the final three go together as well – Teamwork, Good Feelings and Fun – because at the end of the day, in this business especially, all we have is our relationships and the people that we interact with.

But more than that, the Mission and Core Values became deeply woven into the fabric and language of the Company. Now the truth is, in business, challenging situations are always going to arise. So the real question is, how are we going to behave toward each other when situations arise? How are we going to speak to each other? Now, suddenly, the language became, “how do we get to Fairness in this situation - what does Fairness look like?”. Or, as another example, even though we have to have this uncomfortable conversation, how do we do it with Kindness? Or, how do we make sure that everyone walks away with Good Feelings?

A greater focus on the well-being of the staff including things like virtual meditation classes which Bill personally leads. In the meditations, the staff perform visualization exercises where they see themselves embodying Liberty’s core values and integrating the feeling of those core values into their nervous system.

Also, we designed “Dream Circles” where employees come together in small groups of 10 or so with a guide for the purpose of fostering deeper connection and to give support to each other and share strategies for creating their own dream life - both personally and professionally.

At Liberty, we like to say: Remember to do your JOB – and JOB stands for Joy of Being. The idea is that the most important thing each of us can do each day is to first put ourselves in a state of feeling good inside and then we can share those good feelings outward – first with our family, friends and co-workers – the people closest to us – and then further outward from there to the clients, carriers, vendors, the community – all the stakeholders of the business. So, in effect, Liberty’s innovative growth strategy has been to create and harness the power of a happy, grounded and connected workforce culture where people first focus on creating good feelings within themselves and then sharing those good feelings outward through the act of service. It turns out that this is a good business strategy! – as evidenced by Liberty’s growth and success. But more importantly, we believe that feeling good and sharing good feelings with others is the best way to spend our limited time on this planet while we are going about doing this good work in the world – this noble profession - that we’ve chosen to do with our lives.

Leadership is an important concept at Liberty. Everyone is encouraged to “Have a Mentor and Be a Mentor.” That “Leadership is not given its taken!” – so go ahead and seize that opportunity that you see and feel passionate about and make it happen! And most importantly, that everyone can be a leader simply by embodying the Company’s core values. Promoting Peace of Mind with Great Care is our mission but has also been a very effective business strategy. As a result of our cultural changes, our Company’s happy and engaged workforce has increasingly attracted great talent who share our values and we have received a number of “Best” awards and recognitions. In terms of the numbers, Liberty has grown from $12M to $50M in revenue over the past 2 ½ years and is on target to grow to $100M by the end of 2021.

We’ve built this business around our Culture - the foundation of which is our Mission and our Core Values. Culture is paramount at Liberty. Nothing is more powerful than an engaged and passionate team who are all rowing in the same direction and who genuinely care about each other along with the rest of the stakeholders of Liberty that we work together to serve. Continued growth and expansion throughout the country, including the many new partnerships we have on the horizon is causing our days to be full and rich. As we expand our footprint, we continue to meet many amazing people along the way who share our values and we feel proud to welcome into our special culture as partners and teammates. Thank you for your consideration for this wonderful recognition.

In 2002, in addition to running Liberty, Bill decided to pursue a new venture in the film business and has since Produced over 30 films, including working with stars Brad Pitt, Tom Hanks, The Rock, Keanu Reeves, Johnny Depp, Margot Robbie, Nicole Kidman, and many others. Bill is now invested full-time into Liberty, and since then, the company has grown leaps and bounds.

“Over the years, we have been very pleased to have our insurance matters handled by the Liberty Company. They are punctual and try to give us the best coverage at the most advantageous rates, Ilka A. (Specialty Lines Client).”