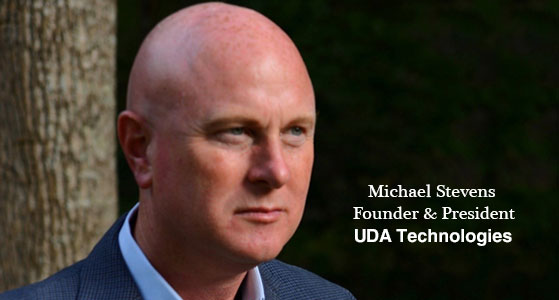 The economic growth of any nation is dependent on infrastructure. Without infrastructure, no other industry can progress. This is why construction has become one of the cornerstone industries of any advanced economy.

There is more to construction than just building blocks. Precise calculations, designs, and a well-structured game plan are some of the materials that go deep into the foundation of any physical structure. Realistically, modern-day software and upgraded technologies are a must-have to manage todayâ€™s construction project.

The company was founded on a desire to revolutionize the construction industry by bringing millions of users together with a single purpose: to create a platform that empowers construction professionals to build a better world by harnessing technology that lowers the cost of construction.

Michael Stevens is no stranger to breaking the mold. Stevens started his first major business in the early 90s while pursuing his architectural degree at Auburn University. While other students were pursuing their recreational interests, Stevens was busy building his company, United Development. United Development was a design-build firm and a stepping stone for Stevensâ€™ success. â€œWe believe in dreaming big,â€ says Stevens.

In 1996, Stevensâ€™ talent as a designer became the focus of United Design, the second division of United Development - and thus began the journey of selling architectural services online. This was the time when WordPerfect and Lotus, the precursors to Microsoft Word and Excel, were the industry standards. Using these programs, the United Design staff created document and estimate templates to make their operations more efficient. From these templates, a new feature-based software was formulated. On February 14,2000, Construction Office was released as the first major software product from United Design Associates Technologies â€“ better known today as UDA Technologies. By 2004, the company switched away from purely content-based products to feature-rich software, and this model has continued to be successful.

UDA Technologies was founded with the mission to provide innovative software that would revolutionize the construction experience for everyone involved. To achieve this purpose, the company operates on a handful of core beliefs. The belief is an open network which creates channels of communication and removes barriers. UDA Technologies believes that software is an empowering tool and that technology can level the playing field for everyone.

With the breakthrough cloud technology of ConstructionOnline and the continued success of ConstructionSuite, UDAâ€™s software combines the power of an enterprise-level desktop solution with the flexibility of a web-based platform. In fact, UDA ConstructionOnline is the worldâ€™s fastest-growing platform for construction professionals, currently used by over 400,000 construction professionals in 75 countries worldwide. In total, UDA software helps businesses manage over $50 billion in ongoing projects, every day.

UDA has also developed a new mobile software solution that has changed how the construction industry communicates and operates. The idea was inspired by a South American entrepreneur, who runs his entire business on his phone. With Stevensâ€™ plan to create a mobile app that could manage a construction project from start to finish, UDA released the ConstructionOnline Mobile app. After much considerable work, the mobile app brings the full feature set of ConstructionOnline into the hands of anyone with a smart phone, including Redline Plan room for mobile document markup, Proposal Generation, CRM, Construction Contracts, Construction Specifications, Lead Management, and Change Order Management.

Under Stevensâ€™ direction, UDA Technologies has won multiple awards and magazine features. Recently, UDA software was rated as the number 1 software by Canadian Contractor Magazine. Moreover, it has received the Top Product Award from Construction Executive Magazine consecutively in 2015, 2016, and 2017.

Holding the Key to the Future

UDA Technologiesâ€™ key focus for the next 10 years involves expansion in both features and access offered to the global construction industry. The long-term plans for platform expansion include new, plan-centric project management tools, and development of integration partnerships to further connect UDA solutions with other industry-standard software. â€œRealistic is a banned word in my office,â€ says Michael on his vision of the future. â€œRealistic is anti-human. Weâ€™re focused on growing and building the best software products, and if we always did what others considered â€˜realistic,â€™ we wouldnâ€™t be here today.â€

Meet the Architect of UDA Technologies

Michael Stevens is the Founder and President of UDA Technologies. While he was studying for his Architectural Degree at Auburn University, he started the design-build firm United Development. His firmâ€™s projects received many awards and was also featured in many magazines. Michael dove into the World Wide Web to sell his architectural services. Stevensâ€™ dedication and motivation has led UDA Technologies to ever wider horizons.

Â â€œUDA Technologies software is the secret behind some of the most successful and renowned construction companies in the world.â€