We are developing proprietary therapeutics primarily for the treatment of serious medical disorders: Titan Pharmaceuticals Inc. 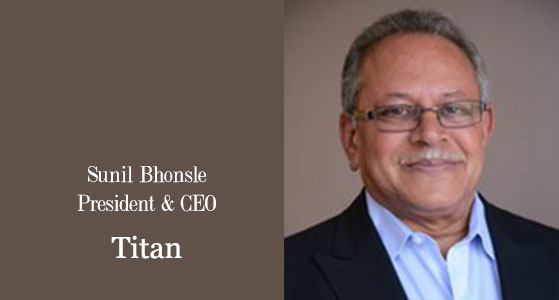 We are developing proprietary therapeutics primarily for the treatment of serious medical disorders: Titan Pharmaceuticals Inc.

IT industries have a very powerful impact on almost every field. It summarizes and makes the work much more managed and easy to work. Software development in Medical or healthcare industry bestows a powerful bang in this field.

There are numerous diseases in this entire world and hence a huge number of patients are suffering from assorted diseases. From the very beginning with the evolution of better medical facilities, IT industry and allied equipment are involved in medical procedures but with the escalating time the density and demand of the usage enhanced.

Titan Pharmaceuticals Inc. is developing proprietary therapeutics which focuses on the treatment of serious medical disorders. The firm’s leading product is Probuphine®, the first ever commercialized treatment of opioid dependence to provide continuous, around-the-clock blood levels of buprenorphine for six months following a single procedure. The product got approval from U.S. Food and Drug Administration in May 2016 and is being commercialized in the U.S. by partner Braeburn Pharmaceuticals.

ProNeura™ is Titan’s proprietary drug delivery system employed by Probuphine, which is capable of delivering sustained, consistent levels of medication for up to 12 months. The ProNeura technology has the potential to be used in developing products for treating other chronic conditions such as Parkinson's disease and hypothyroidism, where maintaining consistent, around-the-clock blood levels of medication may benefit the patient and improve medical outcomes. This also evaluates the feasibility of additional product candidates that would be suitable for the treatment of several chronic diseases, including certain hormonal deficiencies, type 2 diabetes, attention deficit hyperactivity disorder, benign prostate hyperplasia and others.

The product at its best

Titan's proprietary long-term, drug delivery platform provides continuous drug release which do not fluctuate medication levels over a period of three months to a year depending on drug characteristics. ProNeura products are subdermal implants that are perfect for the treatment of chronic diseases to maintain stable medication levels that offer advantages over other routes of administration.

The product has a small, solid rod which is made out of mixture of ethylene-vinyl acetate (EVA) and a drug substance. And the ultimate product is a solid matrix that is placed subcutaneously, normally in the inner part of the upper arm in a simple office procedure, and is removed in a similar manner at the end of the treatment period.

This technology was designed to meet the need for a simple, practical method to deliver continuous drug administration on an outpatient basis over extended periods of up to 6 to 12 months.

Treatments for the betterment

PROBUPHINE is used for the treatment of Opioid Addiction which is a subdermal implant utilizing Titan's proprietary ProNeura drug delivery platform. This is the first ever product for opioid addiction that provides non-fluctuating blood levels of buprenorphine around the clock for a period of six months following a single treatment procedure.

THE ROPINIROLE IMPLANT is used for the treatment of Parkinson's Disease employing Titan's proprietary ProNeura drug delivery platform which delivers non-fluctuating and continuous levels of this dopamine agonist in order to provide continuous dopaminergic stimulation (CDS) for a minimum of three months from a single treatment procedure.

Hypothyroidism is a disease which is troubling 15 million Americans, mostly women. The symptoms of this disease include chronic fatigue, weight gain and obesity, dry skin, impaired mental activity, and depression. The majority of patients are diagnosed using standard blood tests and receive treatment typically consisting of synthetic prohormone thyroxine (T4) given as a once-daily oral medication (Synthroid®, Levoxyl®, generics), which in turn is converted in the body to the active T3.

It is estimated that 15-20 percent of hypothyroid patients are not adequately treated with this therapy, resulting in a persistent deficiency in the primary active form of thyroid hormone, T3, and physicians typically add an oral T3 regimen to the treatment of these patients and these results are based on the symptoms and blood tests.

Sunil Bhonsle has served as Titan's President since 2009, after previously holding the positions of Executive Vice President and Chief Operating Officer. Prior to joining Titan, Mr. Bhonsle served for 20 years at Bayer Corp., where he was Vice President and General Manager-Plasma Supply in the Biological Products business unit. Over the years Mr. Bhonsle has held positions of increasing responsibility in the areas of Finance and Operations in the Biological Products business unit, including serving as a member of the Executive Management Committee, at a time when Bayer became a leading supplier of plasma products worldwide. Mr. Bhonsle holds an M.B.A. from the University of California at Berkeley and a B.Tech in chemical engineering from the Indian Institute of Technology.

“We have extensive expertise in pharmaceutical product development and plans to pursue commercial partnerships at the appropriate time in the development cycle of its products, adding value to Titan in the short- and the long-term.”

The Ropinirole implant is a subdermal implant utilizing Titan's proprietary ProNeura drug delivery platform. It has the potential to deliver continuous, non-fluctuating levels of this dopamine agonist in order to provide continuous dopaminergic stimulation (CDS) for a minimum of three months - and potentially six months or longer - from a single treatment.