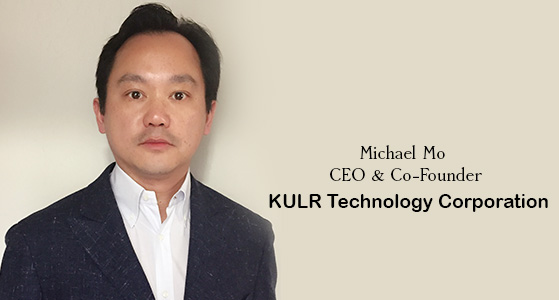 More than 25 years ago scientists working with NASA developed a new way to manage heat, keeping it where it was needed and pulling it away from where it was not. That engineering breakthrough – a soft, smooth, velvet-like material made of pure carbon fiber – has since been used in more than 100 space and aerospace applications under some of the most demanding conditions imaginable.

KULR is poised for a major breakout because nearly everything that uses power generates heat. When power is used to drive high-performance components such as motors, lasers, robotics or microprocessors, heat is compounded. And when those components are doing more work and packed intighter spaces like in smart phones, drones and satellites, that heat can be compounded again. That’s a problem because heat can degrade or even disable those components and electronics.

That means that every company with a power-driven or tech-enabled product is looking for better ways to manage heat. In that search, KULR’s fiber is best in class.

KULR’s carbon fiber is an emerging solution because, being pure carbon, it’s ideally heat efficient. Nothing on earth is more effective at transferring heat.

Have a fabric characteristic, KULR’s thermal interface material is also very flexible. It can fit under, between, or around just about any power or electronic configuration, something other solutions like metal heating plates and fans simply can’t. The KULR fiber can also achieve high efficiency with minimum contact pressure – a dream for engineers. And the KULR solution is passive – it does not require power, fans or other components to work – saving energy and improving reliability.

But the most commercially appealing property of KULR’s technology is its weight, a fraction of other heat solutions. “It still costs about $40,000 to put a pound of anything into space,” said KULR’s CTO and co-founder, Dr. Timothy Knowles. “So, if we can manage heat better, in a tighter space at a sliver of the weight, that’s a deciding factor for many companies.”

That weight advantage is already paying off for many smaller, new, compact communication satellites from the likes of SpaceX and OneWeb, where KULR enables faster, lower cost deployment.

Commercial uses for KULR’s carbon fiber fabric are nearly limitless. And some markets are downright desperate for new cooling solutions.

The trillion-dollar electric vehicle (EV) market is a prime example. Most legacy-technology cars solved heat problems with water pumps and fans which are space-consuming, heavy and ill-suited for the heat demands of today’s computers and sensitive electronics.

“We’re seeing major interest from electric vehicle designers and engineers right now because they need better, lighter heat solutions,” said Michael Mo, the CEO and co-founder of KULR Technology. “For them, getting 50 miles more out of the same charge just from not having to lug around a cooling water jug and a bunch of hoses is a big deal.”

As much as it may boost the fortunes of electric car makers, KULR’s fiber has also sparked early interest in related EV products including electric bikes and scooters. It’s also showing great returns in diverse markets such as lasers and optics, robotics, energy storage, IoT companies and drones, where KULR is already the Technical Advisor to DR1 – the world’s fastest and most demanding drone racing circuit.

Another innovative and market-making use for KULR’s cooling fiber is in battery safety.

Due to their basic chemistry and configuration, lithium-ion battery cells can fail, creating extreme heat and fires. When those cells are tightly packed with other cells, the failure of one cell can ignite a neighboring one and so on until the entire battery pack explodes. The process – known as thermal runway propagation – can be very dangerous, even catastrophic.

To stop thermal runawayor mitigate its consequences, NASA and KULR used their carbon fabric in a thermal runaway shield (TRS). In NASA tests, the TRS stopped multi-cell battery packs from exploding in runaway – a breakthrough with major implications.

Additionally, KULR has signed an agreement with NASA and the National Renewable Energy Laboratory (NREL), to exclusively commercialize an invention that causes battery cell failures that mimic real-world events. Called the internal short-circuit device (ISC), it allows companies to study battery failures and improve their safety.

“We’re starting to package a total safety solution,” Mo said. “We have the ISC that allows companies to study battery malfunctions and we have the TRS, the shield that can stop thermal runaway – a potent one-two punch for improving battery safety.”

Developing technology suited for space flight is not easy, but taking that technology and adapting it for an array of commercial and consumer uses is truly innovative.