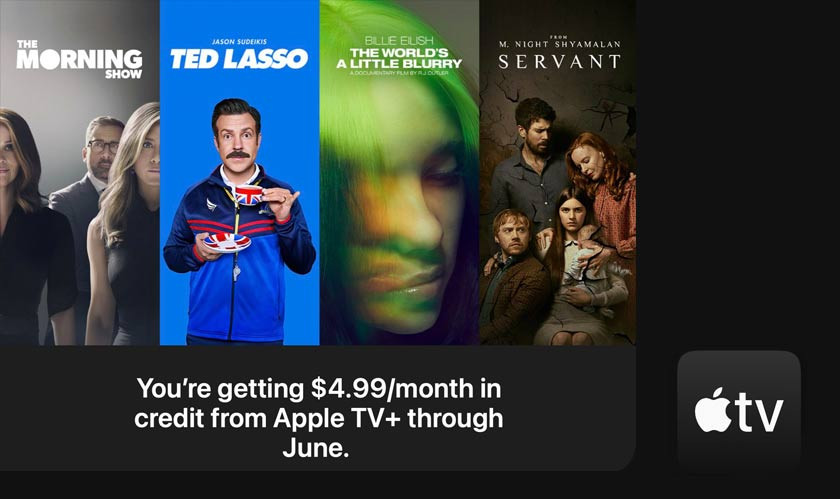 Apple is once again giving out credits to paying Apple TV+ customers. To make it fair for people who have already transitioned from a trial to a paying subscriber, Apple is giving out $4.99 credits (or the equivalent price for your region) for TV+ service. Credits will be available to anyone who was paying for Apple TV+ before the extension was announced, that is, January 15 or before.

Apple,for the second time, has increased the length of time its one-year free trial of Apple TV+ with a second extension, enabling it to run from February until July. The change allowed anyone who started the free trial between November 2019 and June 2020 to receive up to five extra months of service for free.These $4.99 per month credits are being given out to people on Apple TV+ monthly plans and Apple One subscribers. If you are currently subscribedto an Apple TV+ annual plan, your end date will be adjusted to include the extra free months of service.

According to the emails from Apple, the credits are being given to allow subscribers more time to check out the latest Apple original content, but formerly it described the deposits as a "Thanks" to users for subscribing to their service. Some people are also worried that the email from Apple could be a scam, sent by a fraudulent website, as the 'Watch Now' button links out to a non-Apple domain. However, Apple uses the 'geni.us' domain as an analytics service, so the users should not worry about it.