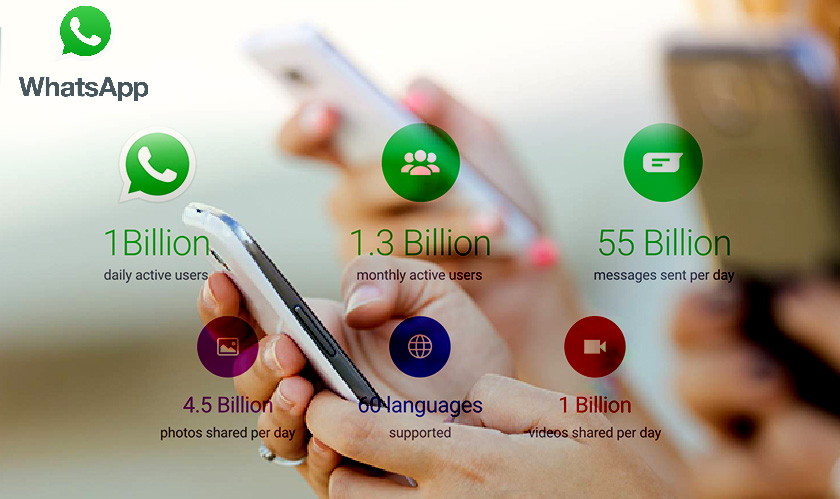 When Facebook acquired WhatsApp for $19 billion, it knew it was making the right move. And the effort and money have paid off for Facebook. In a new announcement from CEO Mark Zuckerberg, it is seen that WhatsApp now has 1.5 billion users and sees 60 billion messages sent per day.

WhatsApp’s massive growth shows that Facebook’s $19 billion investment has successfully borne fruit. When Facebook acquired WhatsApp in 2014, it had just 450 million monthly active users and 315 million daily active users. And in just 3 years, the numbers have shot up incredibly.

With the recent launch of WhatsApp for Business app, Facebook is seriously considering monetizing WhatsApp. The social media giant plans to levy a price tag for business owners for additional commerce, customer service or broadcasting tools. And with such a massive audience, businesses will definitely agree for it!

In the announcement made by Zuckerberg, he also mentioned that Instagram and WhatsApp are in the top ranks at the first and second position. This is obviously a slight to Snapchat! If we combine the active daily users of WhatsApp and Instagram, it is 300 million. Now compare that with the 178 million users on Snapchat. Zuckerberg also predicted from his company’s research, that soon Stories will exceed Feed posting across all apps.