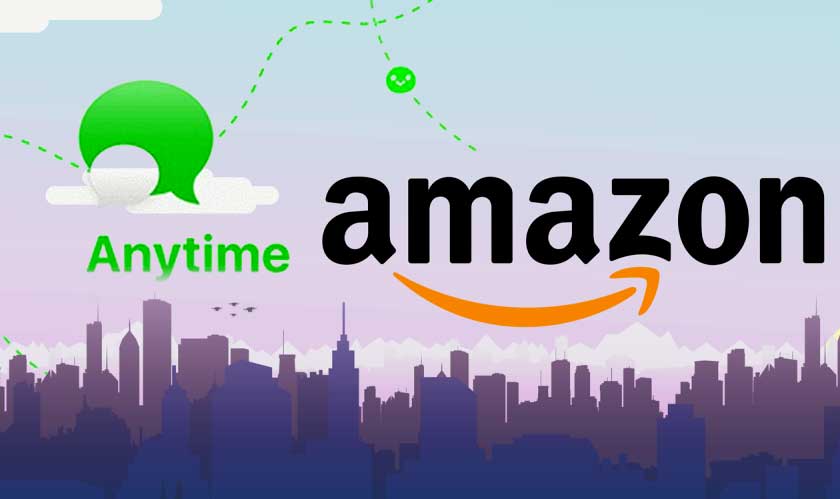 Messaging apps are probably one of the most widely used apps globally. These apps are not just used for one-to-one personal communication, but it is increasingly being used even for business and services. Amazon is going to be launching its own standalone messaging app called ‘Anytime’. This comes directly as a competition to other well established messaging apps from Facebook, Wechat, Snapchat and more.

Everything and a Whole lot more

According to reports and news that has been circulating, a screenshot has been published details and features of Anytime. It is capable to work on any smart phones, PCs, tablets and smart watches. The design is such that people can chat with text and video, filters for fun and gaming, along with a bunch of Amazon services like music, food, shopping and interaction with business. This news comes out as a part of a survey taken up by some selected users.

The screenshot shows some common features that include privacy, connecting to friends and family, works everywhere, group chatting, video and voice calling. But there is a whole lot more that Anytime is going to offer. This includes filters for photos, games, customized chats, chat with businesses and of course Amazon goodies of shopping, eat and more.

More interesting, the app does not require you to fill in phone numbers, but simply works on typing out the name. This comes with a common connector like Whatsapp or Viber. Pretty interesting, isn’t it? But if all speculations and reports are to be believed, Amazon could be launching Anytime, anytime! This can even be looked at Amazon’s way of turning any stone available to keep social interaction between and among users.