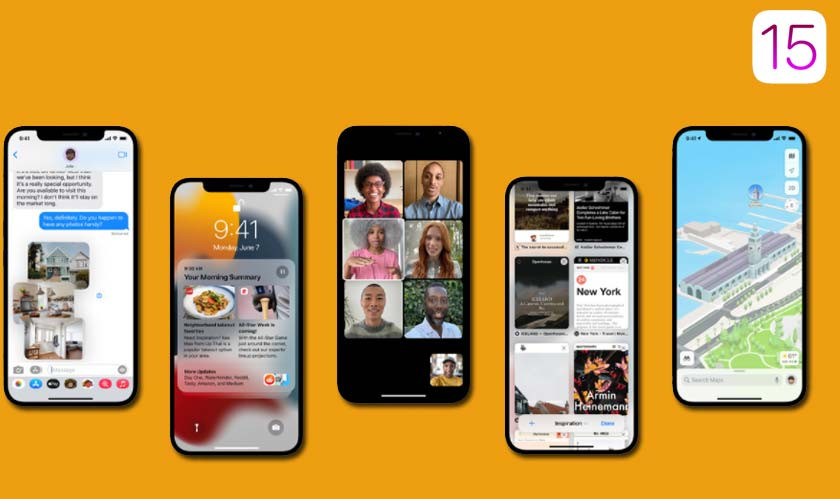 Apple announced iOS 15 at its WWDC 2021 along with updates to its other range of products. Firstly, the iOS 15 brings a lot of improvements in iMessage and FaceTime. Users can now share their music, movies, or series watching and even screen directly with other recipients on FaceTime. Apple calls this feature SharePlay, where two parties can enjoy music, movies, and series together, even with playback controls. This feature is really innovative and allows you to collaborate or share reactions. For this, Apple has collaborated with Disney+, Hulu, HBOMax, TikTok, Masterclass, NBA, and Paramount+.

The Spatial Audio for FaceTimeis a new feature, leveraging the power of computational capabilities to suppress background noises when making a call. Voice isolation uses on-device machine learning to block out ambient noise and prioritize voices. However, if you want every bit of sound to come through, you can switch to a Wide Spectrum mode.FaceTime users can now generate links to invite others, which can be shared with any Android and PC users;the call is end-to-end encrypted even in the browser.

Apart from this, Apple has made a lot of improvements in privacy this year by giving users control not to share their IP addresses with other third-party websites. Siri is much more functional now with on-device voice recognition and completing the basic translation and other day-to-day tasks without the internet. The voice commands are never stored in the cloud now. Apple is also making significant improvements in live translation and OCR capabilities. The iPhone can now use on-device intelligence to extract text from photos. And translation capabilities have been made available system-wide.