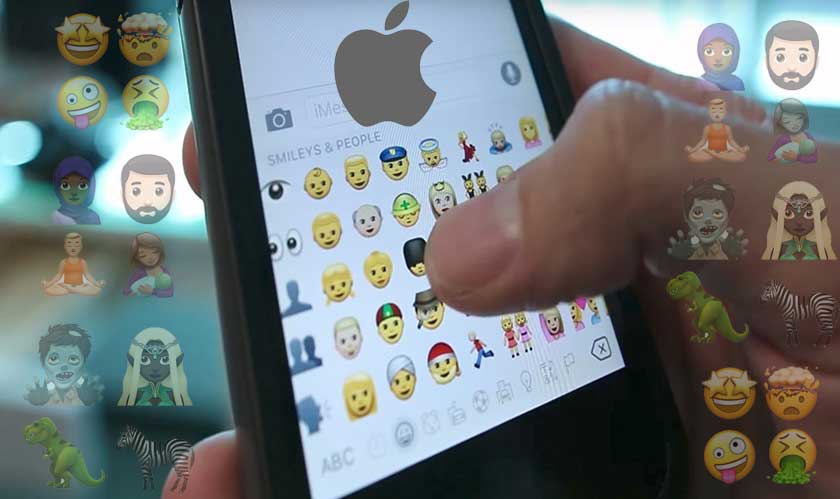 Wait, there’s a World Emoji Day? Well, why not? We have been using emojis as a way of expression with hearts and tears and more for a while now. And Apple will be rolling out a new set of emojis, which is part of the Unicode Emoji 5.0 standard release. The new set of emojis will be available on iOS, watchOS and macOS later this, which comes just in time for the World Emoji Day.

The total list includes 69 new emojis. There is a T-Rex for Jurassic Park fans and an Elf who looks like she walked straight out from The Lord of the Rings. This comes as a part to encourage more diverse communication where users can simply put in an emoji instead of typing the names of their favorite heroes. And that’s not all. There’s an emoji with a woman wearing a headscarf/hijab and another woman breastfeeding. More diversification, right?

Apple is showing off a dozen new interpretations of these new standardized icons. The usual smiley gets a different pair of eyes. And this time it is with a pair stars for being star struck. If that’s not enough, how about one with the head exploding, with an open skull and an exploding bomb? Or one with vomiting. But that’s not all. There’s a genie and zebra too, to increase the zoological and crypto zoological range. To top it off, there are more food emojis. That sandwich one looks so real and tempting.