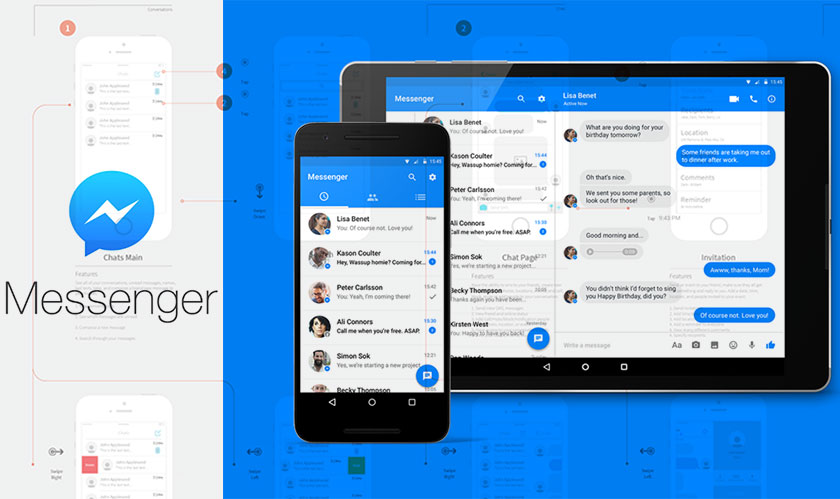 The Facebook’s F8 conference has brought in some interesting new developments. For one, the Facebook Messenger has received a major remake in its design where it comes in a much simpler and neater experience for users.

After years of congesting the mobile app with other third-party apps like games, etc, Messenger is finally going to improve the user experience. At the F8 conference, the CEO of Facebook, Mark Zuckerberg said in a keynote speech, “When you’re messaging, you really want a simple and fast experience. We’re taking this moment to completely redesign Messenger to focus on these ideas.”

The Messenger app’s bottom navigation now has three simple central tabs that focus on communication. The app itself looks more streamlined now and more like a messaging app! However, the camera and the video chat icons remain at its previous position at the upper right corner of the app.

Additionally, the VP of Messenger David Marcus said that there’s going to be a dark mode. In the era of increasing OLED smartphone screens, the dark mode is going to be an attractive addition. Marcus also said that the revamped app will be coming very soon as his team has been working on it since the start of this year.