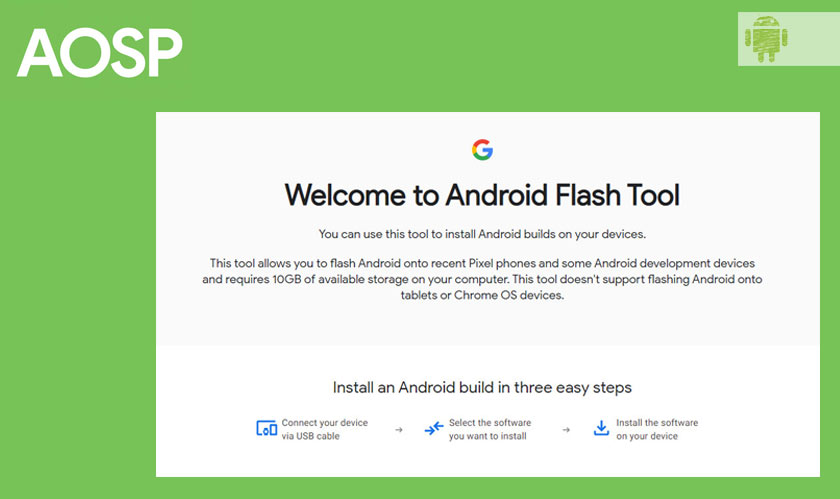 Android is considered to be the favorite destination for developers. But the truth is that it’s quite hard, even for seasoned developers to just ‘flash’ the phone, which is installing a new Android image, on an unlocked Android mobile.

Google is in the process of making the hoax come true by releasing a new tool to speed up the adoption of the latest Android builds and updates, so that developers can ensure seamless adoption with just a compatible browser and a USB cable.

The latest tool from Google is intended to make the developers lives easy by simply taking the vanilla ‘AOSP’ (Android Open Source Project) builds that Google generates regularly and installing it on the phone through Android’s Project Treble. This will also help developers to not just test but also build their apps and patches for those AOSP versions.

The new Android Flash Tool for web browsers is a web app that utilizes the new WebUSB API to provide the browser access to an Android phone. This will enable developers to skip compiling AOSP every time and they also won’t need to download those images to setup tools like fastboot to flash these AOSP images.

But there are some basic requirements the developers will have to meet like their web browser should be compatible with the WebUSB API, which is the case for both Google Chrome and Microsoft Edge 79 and higher versions. Also, their android phone must be able to support Project Treble, meaning phones that have Android version 8.0.