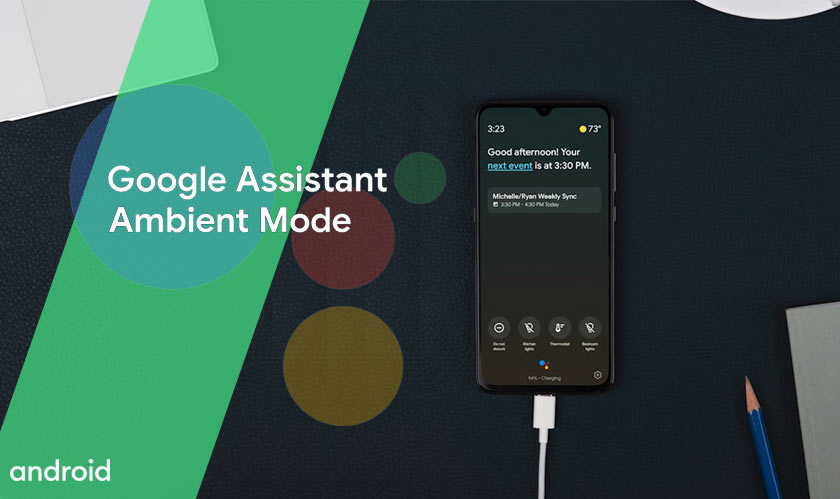 Google is taking its digital assistant to the next level. From a reactive assistant that only replies when asked it’s now a proactive assistant who lets you know about your appointments and schedules in a timely manner.

But one of the main problems that Android developers had to deal with was to understand the ideal time for the assistant to mention the schedules because if the smart assistant disturbs you all the time, it becomes a nuisance more than help. And the developers found the perfect idle time which is when the mobile is charging, to bring up all the appointments and schedules.

It was during the IFA 2019 that Google announced the Ambient mode for its Google Assistant. It simply turns tablets and smartphones into smart displays the moment you plug them into recharge. Earlier last week, it was announced that the Ambient rollout will make it to mobile phones too but it is still unclear whether phones are qualified for the new feature.

According to a latest video clip from Google, the Android Ambient mode introduces a proactive Google Assistant that will bring you a variety of features like scheduling your day’s agenda, shortcut to alarms, controlling smart appliances and if there’s nothing to do - it just displays time in very large letters and shows your photos in a slideshow.