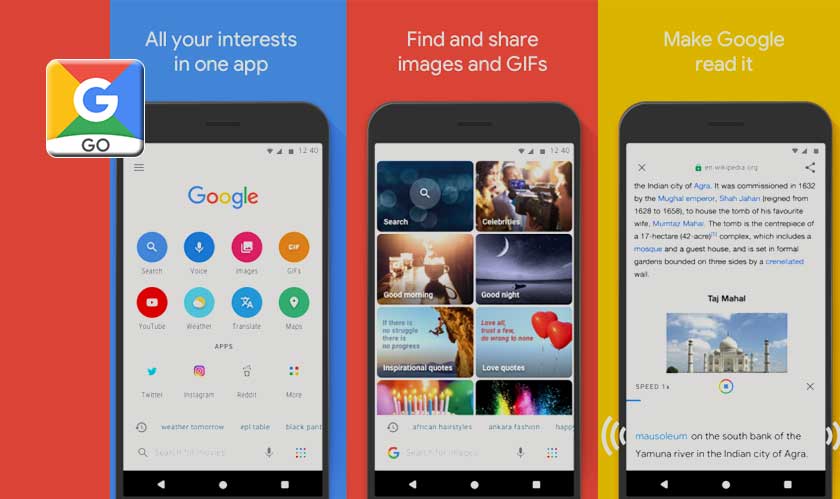 The lightweight search app from Google, Google Go, was available in a limited number of countries until now. But Google has launched the search app for wider usage.

Primarily designed to be used in countries with emerging markets where the internet connections are slow and unreliable, Google Go is an app that is just 7MB in size. The app can run on low-powered devices and is now available worldwide on android mobile devices running on Lollipop 5.0 and above. Starting today, Android users can go to the Play Store and download the app.

Earlier this year, Google had revealed that Google Go can work in tandem with Lens which then enables a user to point his phone camera to text that he would like help with. The app could help the user by reading the words out loud, translate them or both. The app also offers an AI-powered read-out-loud feature which enables a user to listen to the entire web page with the words highlighted to follow along.

So far, Google Go has been used in countries like India, Indonesia, Nigeria, South Africa, and Brazil. But the app is now coming to more countries where bandwidth is a concern.