Google home page to have Feed 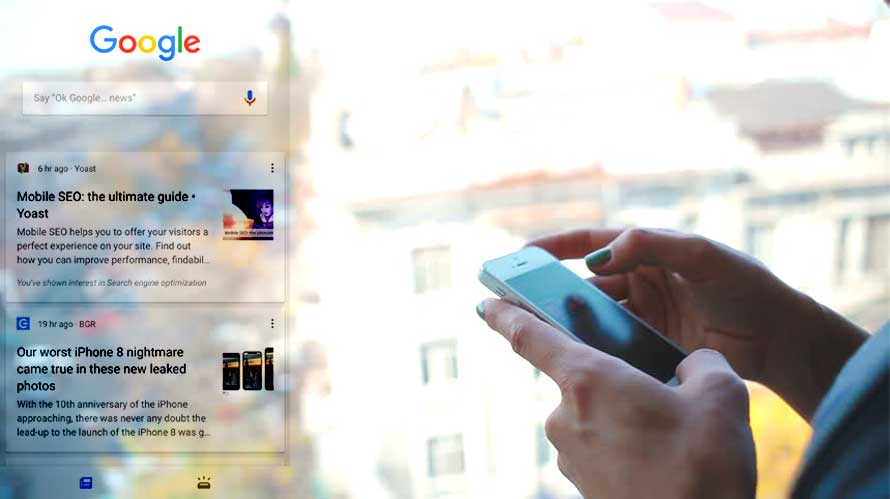 When you hear someone say News Feed, your mind automatically goes to Facebook, doesn’t it? Google has set out to change it with the launch of Google feed. The Google home page is getting a radical shift in the way you will be seeing it. Google will be showcasing certain stories that users can ‘follow’ certain topics of their choice on its home page.

Although the exact date of when this will be rolling out is unclear, the new and improved Google feed will launch on the Google app. It will be available on Android, iOS and of course on Pixar launcher. Later, mobile and desktop web users will also be seeing the Google feed on their home page. All this while we saw the Google home page had nothing but just the company’s logo. Now imagine news and stories about what you’re interested in shows up when you open Google.

But this isn’t Google’s aim to move into social networking site. It is more like taking the user’s action across all of Alphabet’s properties and putting it all together, while bringing in more suggestions to the users. If you mark a trip to London on your Google Calendar, it will pop up with suggestions of where to eat and what to visit, depending upon what your interests are. And if on YouTube, it will show your favorite band playing a concert and link it up with your trip in London.

Of course, the users will able to unfollow any of the topics. They can even go back and refine what they choose to follow. This is probably where it will be unique point. As Facebook keeps showing us not just our interests, but also what other people like to follow. But Google promises users that they will be seeing news feed of only their interest.