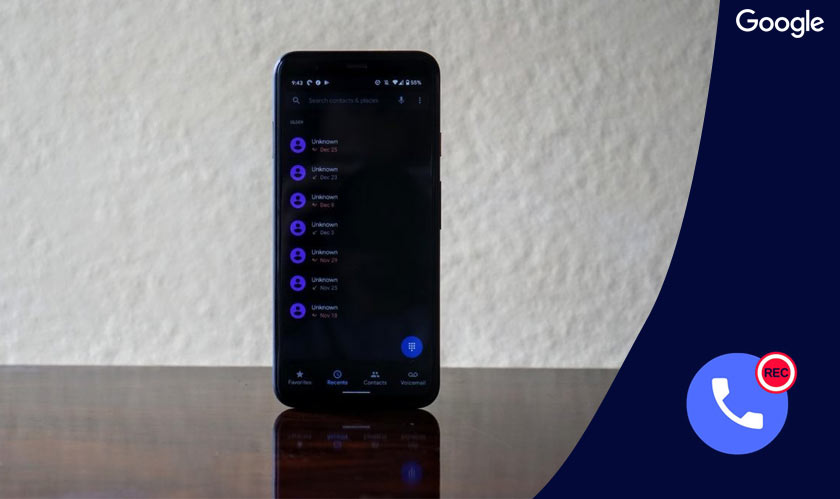 Google’s own Phone app has several essential features but they did miss out on a basic feature like ‘call recording’ and they are already in the process of rectifying that mistake. The new Google Phone version 44 will bring out the new feature and it certainly looks easy-to-use.

Google has been adding and removing the call recording feature for a while either due to legal concerns or due to quality standards. The Google Phone dialer app is now ready to be released according to some sources and hopefully, Google will not just release it in Pixel phones.

XDA first reported the fully functional Google Phone app and according to them the UI has been revamped and has included a toggle button that you can tap to start and stop recording. The button will also change its appearance accordingly once it starts recording.

The Phone app’s call log has also been changed to allow for playing back those recordings and these call recordings can also be shared in a WAV file. Interestingly, it is also possible to view the transcript of a call recording but the site wasn’t able to work it out.

Google is walking on quicksand with this new feature because of its legal complications, although the feature warns users about complying with local laws. It even plays an audio recording informing the other mobile user that the call is being recorded.