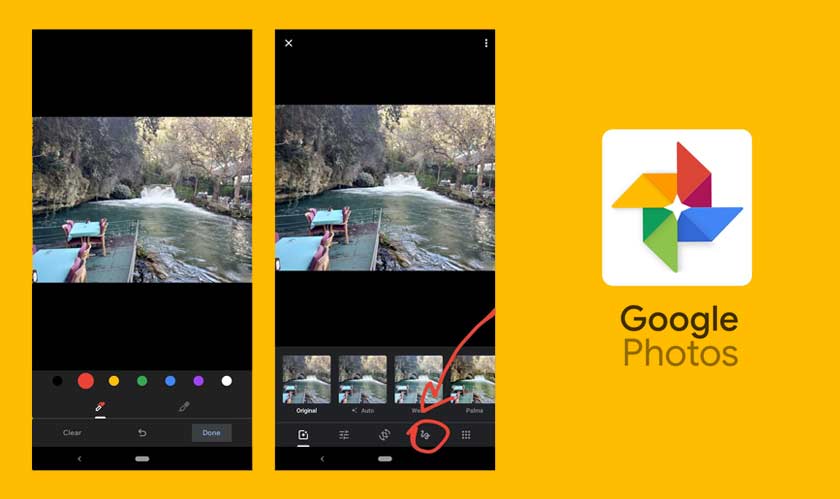 Google is continuing to add new tools to its Photo app that will help users edit right from within their mobile app. A few users have reported the arrival of a new markup tool in Google Photos editor that enables them to draw and write on images thus removing the need for going through a different app to perform the action.

The latest tool will help users draw and write on images, scribble content and highlight or circle objects of interest easily. Markup tools come in handy a lot, especially in instances like when you want to scribble out a person’s name from a screenshot or to write some relevant text to the recipient, etc. Until now this was not possible for Google Photo app users and they usually relied on third-party applications just for the markup.

Android Police reported that a few Google Photos users’ have revealed that the new markup option has appeared within the mobile app’s lower bar and the icon looks like a scribbled line. Once toggled the menu reveals a pen and marker tool options with multiple colors.

Google has introduced the tool as a quick edit option for users and since the tool is built in the app, it increases accessibility to easily edit and upload the photos to app. There has been no official announcement from Google as to when the app will be rolled out to all users.