Google plans to use custom chip for its Chrome OS Laptops

Google plans to use custom chip for its Chrome OS Laptops 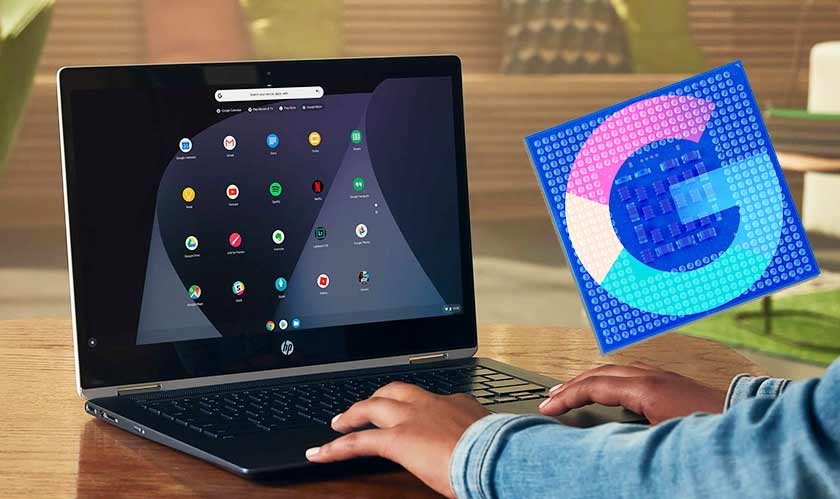 A Nikkei Asia report claims that Google is working on its own chipset for notebooks and tablets running Chrome OS.

Google, after announcing its custom chip for its Pixel phone lineup, is now readying to take it further to Chromebooks. However, devices having Google Chips are expected to arrive by 2023. The first in-house chip from Google, called Tensor, is due for release this year with the Pixel 6 series. Now Google seems to continue with the same strategy for its other hardware products. And upcoming Chrome OS devices can be expected to pack Google's in-house SoCs.

A Nikkei Asia report claims that Google is working on its own chipset for notebooks and tablets running Chrome OS. As expected, the processors will be based on ARM architecture rather than the x86 processors made by Intel and AMD. We have already seen what Apple has achieved with its ARM-based M1 chip. Now Google is planning the same strategy for its range of products, spanning smartphones, tablets, laptops, and other IoT products.

The report also claims that other big tech companies like Amazon, Facebook, Microsoft, Tesla, Baidu, and Alibaba are all working on building their own semiconductors to power their cloud services and electronic products. Although Apple has been into chip designing for about a decade now, we are yet to see any actual device running Google's custom Chip. As per Nikkei Asia, Google is very optimistic about its Pixel 6 series as it has asked suppliers to ready 50% more production capacity for its smartphones than in 2019.