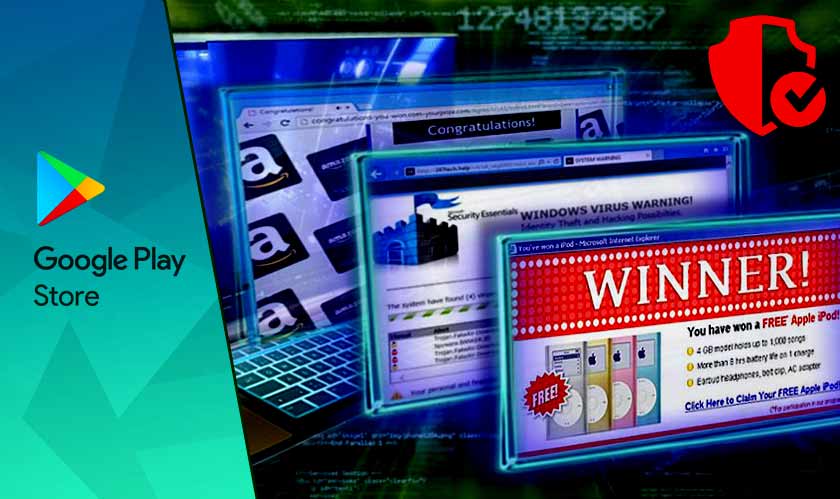 Security researches from ESET found apps in Google Playstore that contain adware and according to reports around 42 apps were discovered which altogether had more than 8 million downloads.

Surprisingly, the adware has managed to bypass all security checks that Google had put in place to restrict malware.

According to experts these apps look normal but act stealthily, once a user installs an infected app, it will serve full-screen ads on the mobile display at regular intervals. Also, these apps will delete their shortcut icons once they are in, making it difficult for the user to uninstall the app.

These apps are also said to mimic Facebook and Google apps to avoid suspicion and thus distract the user, thereby securing its stay in the device for longer periods.

The research also revealed that these apps were sending data back and forth from the user’s device, also if the user has enabled download from non-app store sources - these adware apps could install more malicious software into the device.

“The adware functionality is the same in all the apps we analyzed,” said Lukas Stefanko, one of ESET’s security researchers.

These apps are intelligent to check if the affected device was connected to Google’s servers in an effort to prevent detection, and if the apps think they are somehow tested by Google play security, they often try to keep the app store free from malicious apps.

Some of the most downloaded apps include Video Download Master which had five million downloads and Ringtone Maker Pro, Saveinsta and tank classic, which had more than 500,000 downloads each.