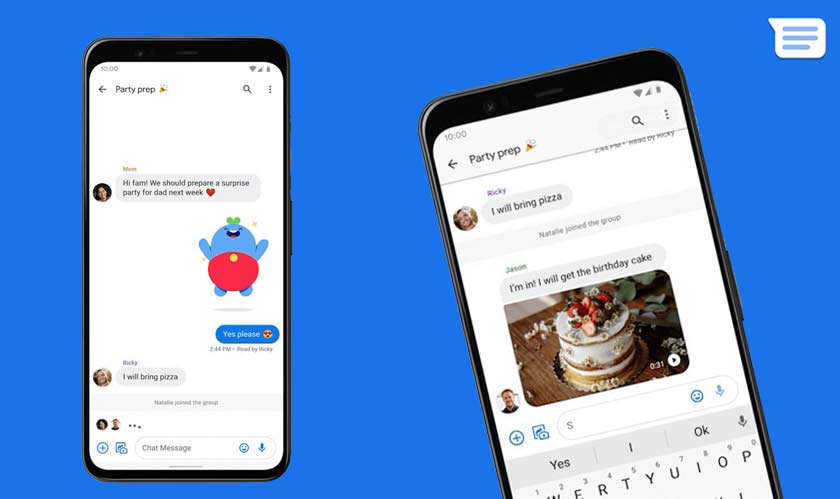 Google just took one of the biggest steps in Android by bringing an update to its Messages app. The update is rolled out in the US and is said to have several features that iMessage had for a long time like read receipts and the ability to exit from group chats.

The RCS messaging (Rich Communication Service) is Google’s answer to iMessage by Apple, but it is interesting to note that Apple had this service right from the beginning in the iPhones which released almost a decade back. The RCS will replace the outdated SMS protocol in mobile which has been running for almost 25 years.

The latest update by Google will leave the Android users with a handful of features like; chat over Wi-Fi, multimedia exchange, read receipts, group chat naming and adding or removing people from the group chats.

Google’s spokesperson Sanaz Ahari who is the director of product management for communication services agrees that the update came out much later than anticipated and the SMS protocol used in Android “lacks the features users expect from modern messaging.”

According to the experts, the RCS won’t be available anytime soon globally because Google’s rollout is supposedly slow but the US users will have these features possibly by the end of the year.