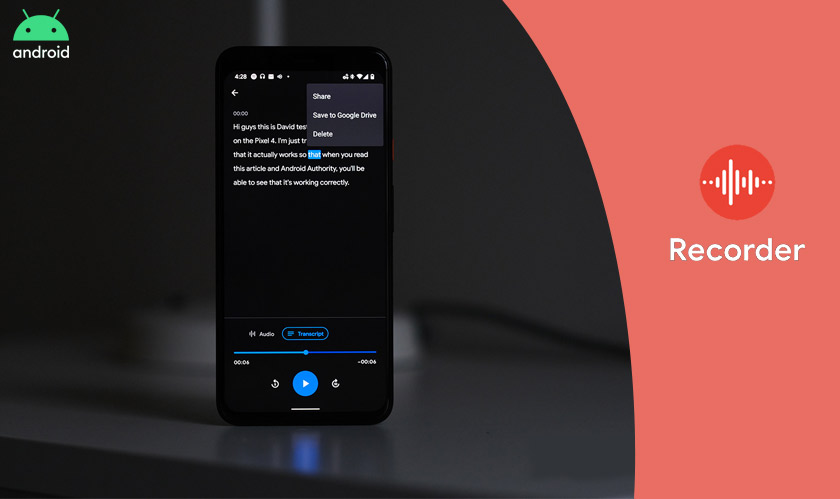 Google has been leading in a variety of fields, right from computational photography to making suggestions while writing emails, the IT giant has been flaunting its AI and ML skills in almost every product it makes. The smart audio recorder app, one of its famous products which was limited to Pixel 4 is now available on almost all Android phones except for Xiaomi mobile users.

The Recorder app generates real-time transcriptions of audio recordings. The transcribed text is searchable which allows the user to search for a specific word easily without listening to the whole recording. In order to make this happen Google made use of its advancements in its on-device speech recognition model. Through this, it is possible to transcribe lengthy audio files in just about a few hours.

Words are mapped to the timestamp of an audio recording, meaning when a user taps on a certain word in the transcription, the audio playback starts from that particular point in the recording too. Searching for a word in the audio and jumping straight to that very point is also done through the same technique.

One of the main advantages of the recorder app is that it does offline transcribing which is quite an add-on for journalists and students. Along with quality recording from Google the app does make a difference from the rest of the recording apps out there.

The only requirement for the app to run is that the phone must at least have Android 9 Pie or Android 10. Also, the app only works partially in some phones, for instance in OnePlus, the app can do the transcription but one can only read the transcription after transferring the recordings to a Pixel phone.