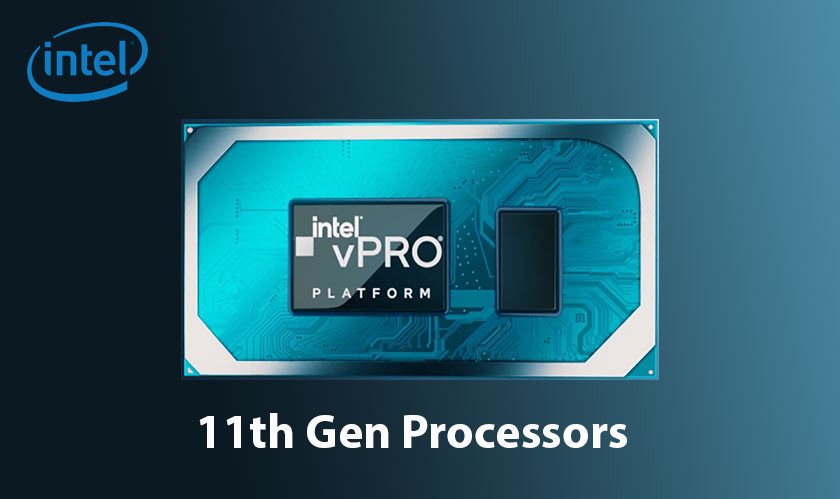 Intel has announced its latest 11th gen processors for its new lineup of ultraportable laptops in the virtual Computex show. The processors are based on Intel's Evo platform and feature integrated Iris Xe graphics and WiFi 6. The new Core i7-1195G7 and Core i5-1155G7 chips are one of the first chips to be made for laptops that can attain speeds of up to 5GHz. Intel also claims the processors offer up to 25% better application performance than the competition.

The new Core i5 and i7 processors are far ahead in connectivity, supporting the latest WiFi 6/6E connections. They also come paired with Intel's Iris Xe graphics chip, which is a powerful laptop GPU from Intel. It provides impressive frame rates over the previous lineup of integrated graphics, which means average users don't need a dedicated GPU for light to medium workload.

Intel is planning to ship more than 60 devices based on the new Intel Core i5 and i7, which are expected to be available by the holiday season. This includes machines from manufacturers like Acer, ASUS, Lenovo, and MSI, with the first new batch on sale as soon as this summer.

One of the major announcements by Intel in the event is the new Intel 5G Solution 5000. The modem has a worldwide 5G carrier certification, made possible by a collaboration between Intel, China Mobile, MediaTek, DoCoMo, and HP. The chipmaking giant is planning over 30 laptop models by 2022 to ship with the 5G modem inside, and that Acer, ASUS, and HP will be among the first manufacturers to offer it in their laptops.