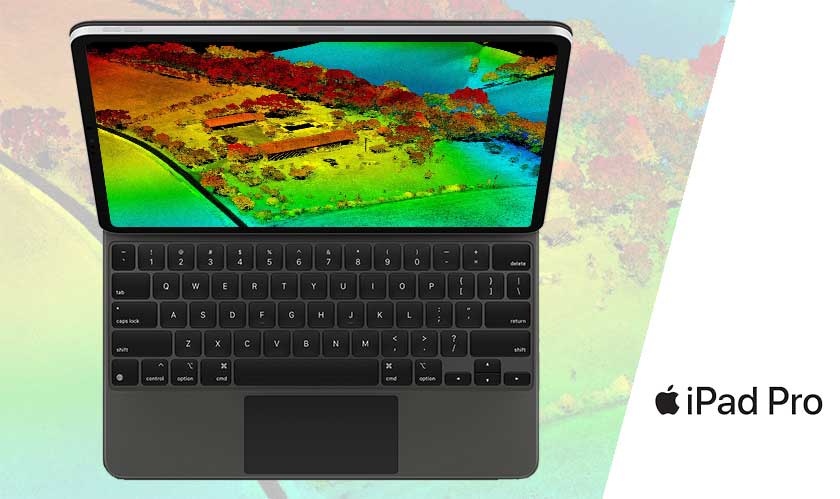 Apple announced its most advanced iPad Pro with A12Z bionic chip. Apple claims it is more powerful than most of the Windows PC laptops. The new iPad brings in a lot of new additions and surprises.

The back camera module has a 12MP primary camera of f/1.8 aperture, 10 MP, f/2.4, 11mm (ultra-wide) and a TOF 3D LiDAR scanner for depth sensing and augmented reality. The LiDAR Scanner along with studio-quality mic and the ultra-wide camera can open up more pro workflows and support pro photo and video apps. It can record 4K videos up to 60fps.

Apple has included 5 studio-quality mics into the iPad which it claims can record studio-quality audio. The iPad Pro is available in two screen models 11-inch and 12.9-inch sharing the same design as the previous generations. The screen has a resolution of 1668 x 2388 pixels and a refresh rate of 120 Hz.

Apple’s most anticipated feature for the iPad Pro is a new Magic Keyboard cover. It borrows the same scissor mechanism backlit keyboard, having key travel of 1mm. The keyboard brings in a trackpad which changes the whole experience of using an iPad. Although, the touchpad feature will be activated later via the iPadOS 13.4 updates which will be released on March 24. It will also support gestures just as on MacBook. The new models are available for order now on Apple.com. But their shipping will be done only after March 24.